The fed cattle market over the past two weeks has declined $3/cwt. from the January high of $124/cwt. The late January trend for the past two years saw cash fed cattle prices advancing moderately, yet four factors have recently pressured the market.

First, commodity and equity markets have suffered from concerns over the Coronavirus. The February Live Cattle contract has declined roughly $6/cwt. since January 23rd. The degree to which this has been causative is arguable, but the funds have pulled their money out of Live Cattle futures.

Second, the pace of the U.S. cattle harvest last month was up significantly over January 2019. On a weekly count, fed cattle were up 7K head and cows/bulls were up 10K head. 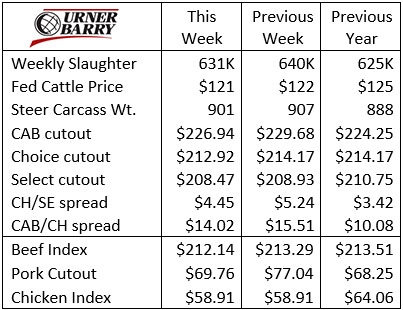 Third, January steer carcass weights were 19 lb. heavier and heifer carcasses were 8 lb. heavier than a year ago. Granted, finished weights last January were lower than anticipated, below 2018, due to difficult winter feeding conditions. So far this year, the duo of greater head counts and carcass weights combine to push production to record volume.

Finally, lower boxed beef prices haven’t provided any psychological encouragement for cattle feeders to take an especially bullish stance. This, of course, has coupled with the lower trending futures and a positive basis, encouraging selling cattle in a timely fashion.

With all of this said, the fed cattle price has been resilient with what might now be considered a relatively small price decline at the transition into February. Beef demand is good and forward sales of boxed beef for delivery 21 days and longer have been excellent to start the year.

The healthy pace of those out-front sales is largely due to wholesalers and other volume buyers of product seeing their opportunity to book their needs ahead of the spring price advance. The comprehensive cutout is lower than a year ago at this time, a condition that was certainly not the case from July through most of December 2019. One could make a case that beef is priced where it needs to be in order to encourage product movement and remain competitive.

The first quarter of 2020 has begun with 9.6% of fed steer/heifer carcasses grading Prime. The five-week span sets a new record for the period, almost half of a percentage point above last year. Charting a new high draws questions about how much Prime beef the market will demand, and at what premium. 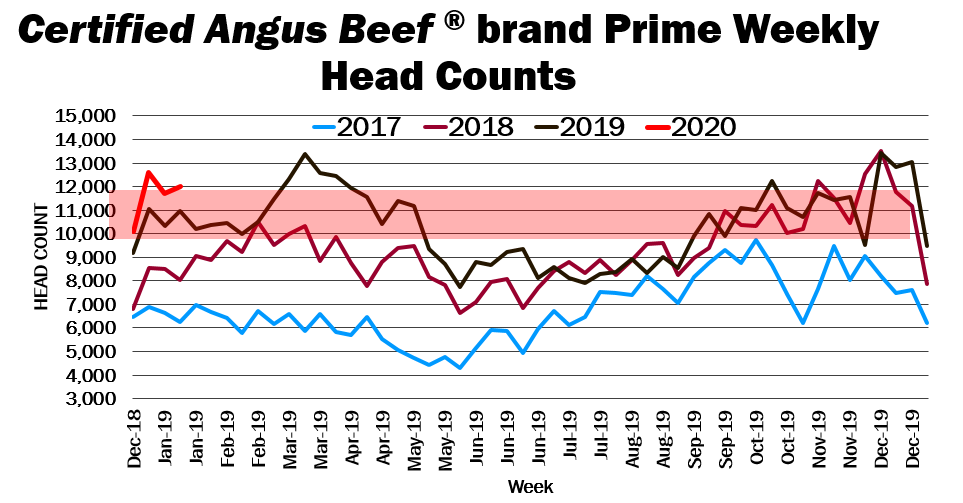 As recently as 2013 the Prime grade contributed only 3% of annual production, the last in a multitude of years where Prime production remained rangebound around 2.5% to 3.5% of U.S. supply. Scarcity of supply drove the 2013 Prime cutout to $32/cwt. over Choice.

In the ensuing years the share of fed cattle carcasses has annually improved with Prime head counts in 2019 150% larger than seven years ago. That increase finally pushed the Prime premium lower in 2018 as the marketplace had not adjusted to fully utilize the product. However, some end users (retailers in particular) brought Prime to their meat case given larger supplies. Multi-unit retailers require a critical mass of product to offer across all their stores. 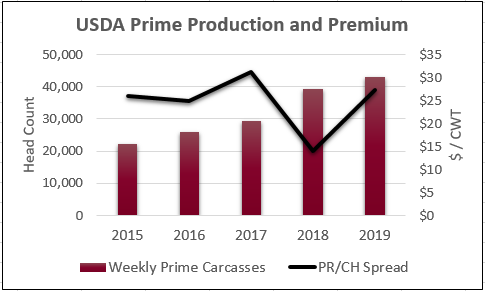 The Certified Angus Beef ® brand Prime has enjoyed similar growth as USDA Prime, to the point that sales volumes have increased on average 30% each of the past four years. The weekly head count chart, above, shows the seasonality of the Prime carcass supply with lows in May through July. The red shaded area depicts the weekly supply level between roughly 10K head and 12K head that would keep CAB-licensed end users supplied at a relative equilibrium. Departures below 10K carcasses create a shortage.

Although the production segment has done an amazing job of improving carcass quality, the most recent supply and pricing data suggests that there is definitely a call for more CAB Prime in the marketplace. The 2018 price data momentarily pointed toward market saturation, but the 2019 data speaks to the opposite. Despite record tonnage in 2019 the market still proved sensitive to a decline in the number of Prime carcasses available. Further CAB Prime supply is required to supply additional end users choosing to upgrade to the most premium CAB branded product with 10 carcass standards.

However, this was not a reversal in the longstanding higher quality trend. In fact, what was lost in Choice was gained in the Prime grade. As discussed in the prior segment, volume of Prime carcasses was much larger, partially due to increased head counts, but the Prime percentage was up from 7.95% to 8.6%, a very respectable move. On the other hand, the Select grade was lower by 0.48 ppt. to average 16.9% on the year. 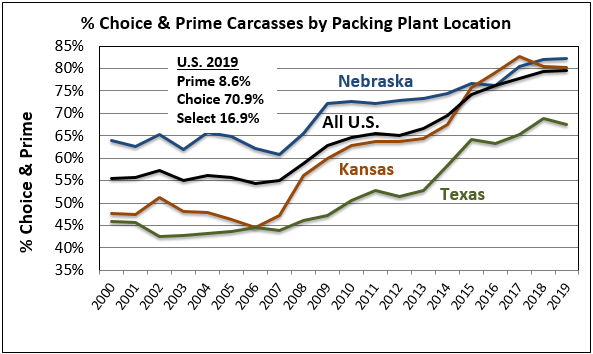 Of the three largest beef packing states by volume only Nebraska saw a better year in combined Choice and Prime quality grades, improving fractions of a percentage to average 82.3%. The move lower in Kansas was equally small, slipping just one quarter of a percent to 80.2 %. Finally, Texas did see a bit more substantial decline of 1.5 ppt. in Choice and Prime grading to end the year with a 67.5% average.

While other regions of the country feature smaller head counts, their quality grades are often richer than those in the central packing corridor. For instance, regions 1-5, encompassing a huge portion of the eastern U.S., posted an 18% Prime grade rate in the latest weekly data with just over 5% Select carcasses.

All in all, U.S. producers tallied another year at the pinnacle of beef quality, setting the bar ever higher.

Sustainable from the start 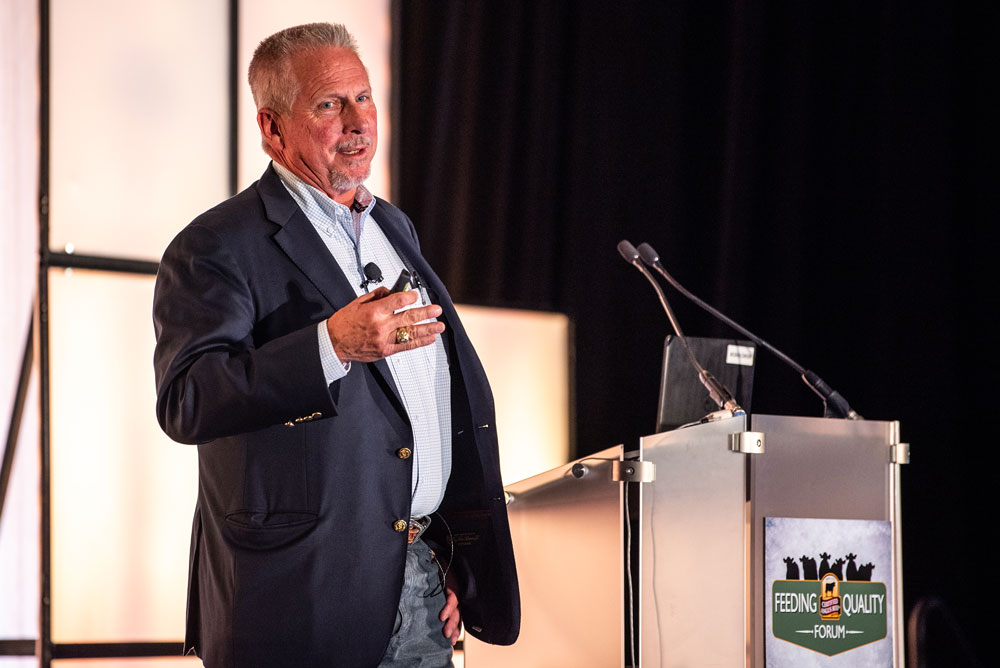 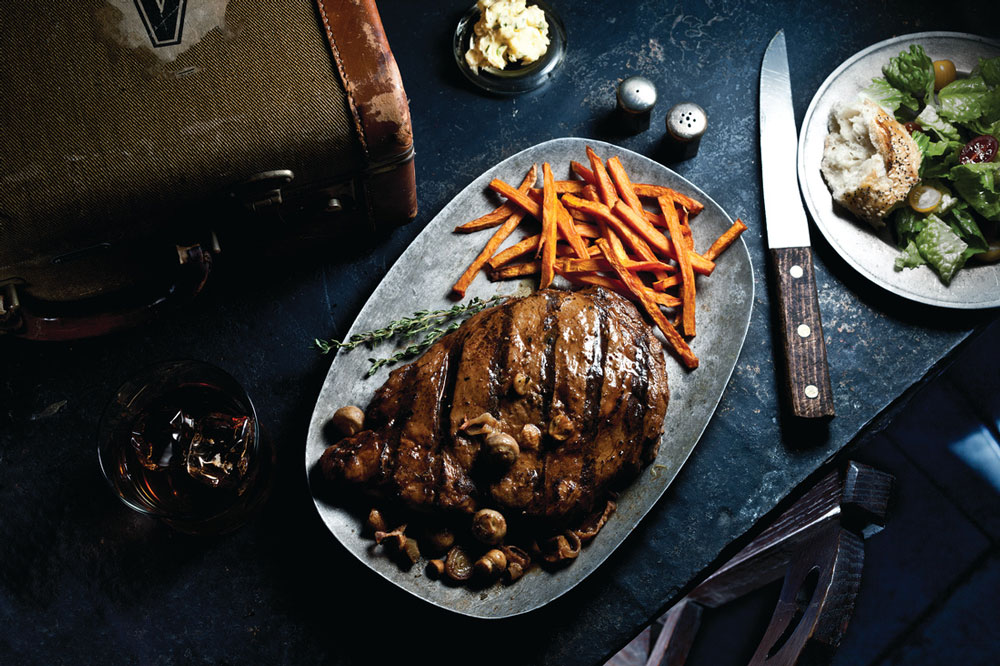 Consumers get rewarded for eating beef

Demand for quality is good, based on elevated quality premiums in the past year. The advantage will potentially be back in the hands of feeders with genetically higher-marbling cattle, rather than cattle that must be highly managed through the feeding regimen to reach the premium grades and CAB.