When every remembrance of a man produces similar reactions among former staff, friends and industry leaders alike, it’s a fitting tribute the person was who he said he was. Every time.

“He really was a true servant leader in every sense of the word,” says Larry Corah, former CAB vice president of supply.

“He always saw the best in everyone,” says Mark Gwin, a former student of Riemann’s and now 19-year CAB employee. “He just wanted everybody to succeed,”

One of those he invested time in is current CAB President John Stika who took the helm following Riemann’s retirement in 2006.

“He was a man of conviction. He had remarkable strength of belief,” Stika says.

Riemann passed away unexpectedly Jan. 8 at his home near Wamego, Kan. As long-time colleagues and friends exchanged memories, a theme emerged: Riemann was a hard worker, with a strong moral compass and a heart for others. In his 79 years, he made lasting impressions on the meat industry, the CAB brand, and likely almost every person he worked with.

“When Jim took over, it was really a time of transition,” says Stika. “We were no longer a startup anymore. You had the entrepreneurial leadership of Mick [Colvin] for those early years and the first 22 years.”

“Jim brought a real sense of stability to the brand and the team. He brought a tremendous level of credibility in the eyes of the industry,” Stika says.

Riemann’s experience was impressive: more than a decade at the University of Tennessee–Knoxville in teaching and research, followed by time spent fostering the Excel (now Cargill) research and development team. While there, he helped invent and patent the steam pasteurization process still used as a food safety intervention today. 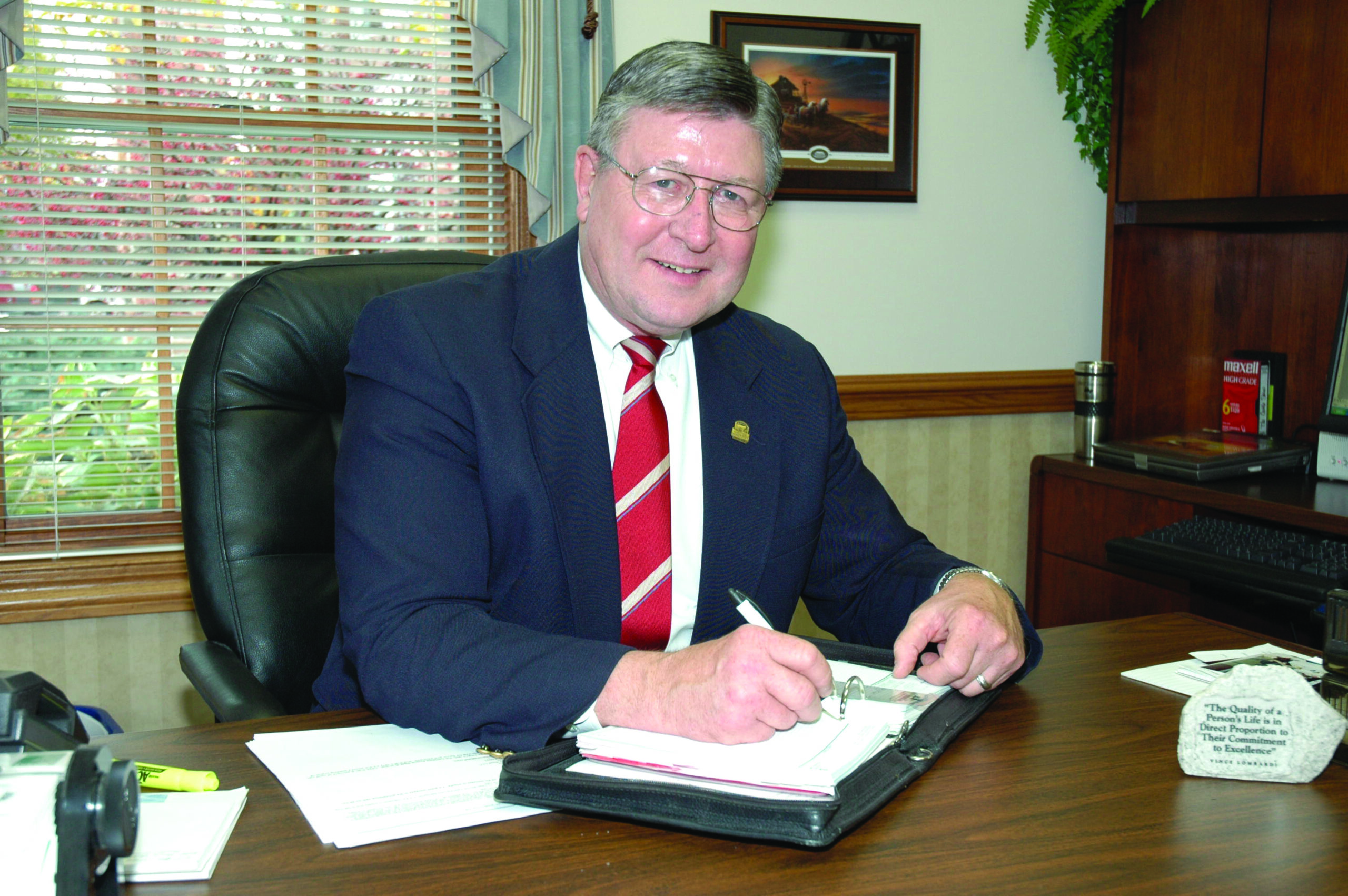 But it was more than a stacked resume that landed the next president in Wooster.

“He had the reputation of being incredibly hard working. There was probably not anybody who would work harder to get the job done, and it didn’t matter what the job was,” Corah says. “He had an excellent reputation in the meat science community. He was very grounded in the research and practical aspects.”

Riemann built easy rapport with staff and partners alike, which helped as tough times emerged. He led the company when its growing international program encountered a global market-disrupting setback. He steadied the team when the rise of store brands and rapid increase in other Angus programs threatened to take away space in the retail meat case and overall market share.

“There was a period of time when the phone kind of quit ringing with customers looking to engage our brand. That’s the reality of it, but Jim did a great job of constantly reinforcing, ‘Now is not the time to compromise,’” Stika says.

Quality and integrity were the mantras on which Colvin’s team founded the company, and Riemann was willing to listen to any ideas for advancement so long as they didn’t compromise that.

“He saw this team of people that was passionate about the brand and he was adamant, ‘I’m going to do whatever I can to help this team’ achieve the things they have in their sights,” Stika recalls.

During Riemann’s tenure, the brand developed natural and Prime product lines, licensed the first packing plants in Canada, and grew the supply development team to reach more cattlemen across the country. 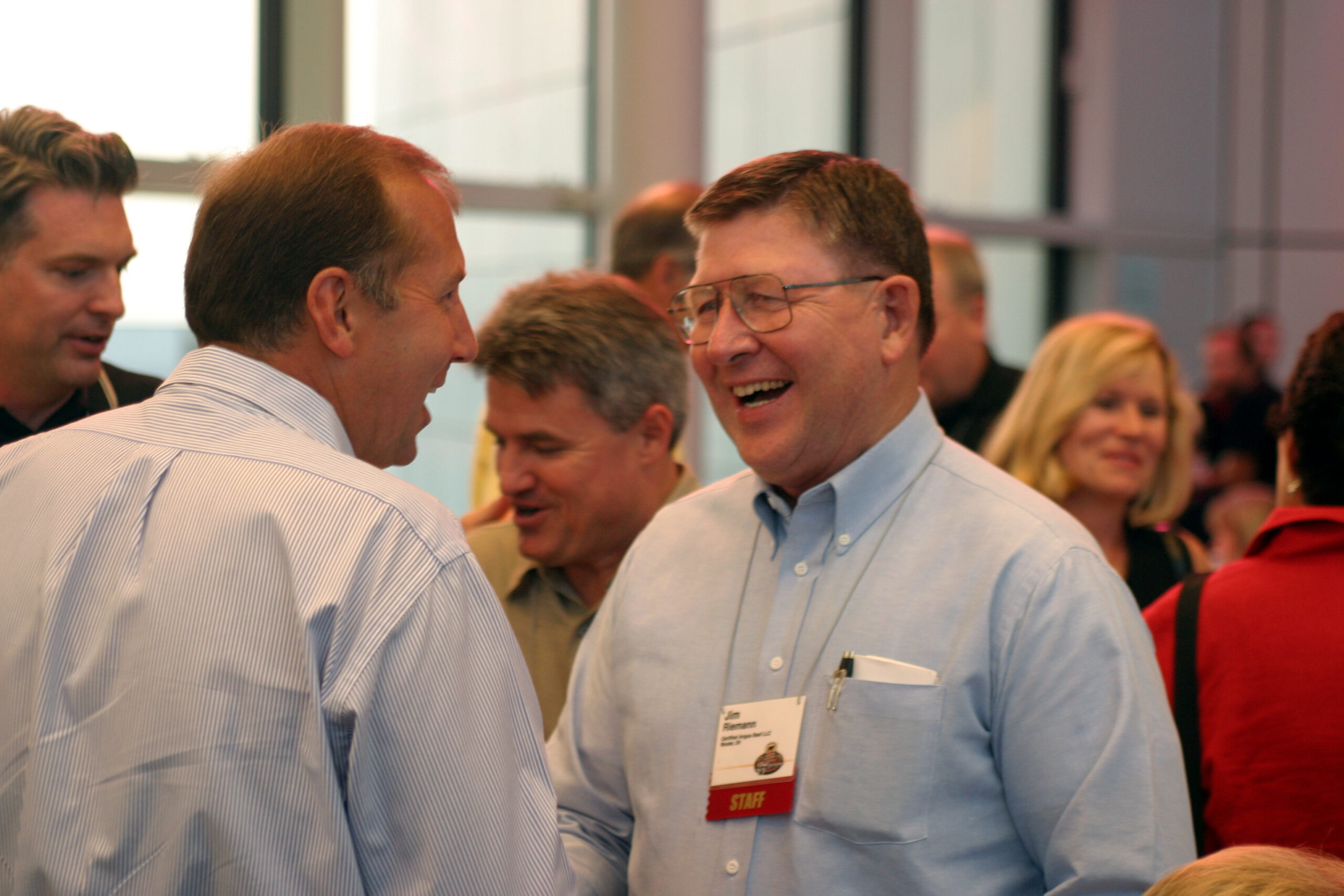 “Every organization needs that person when the time comes that a decision has to be made on a key issue,” Corah says. “You knew Jim was going to take a stance, and he was usually very well grounded in making that decision.”

The teamwork among CAB and its parent company, the American Angus Association®, grew stronger during that period.

“He was a tremendous leader, and I appreciate the fact that I knew him, and that I had a chance to work with him,” says John Crouch, Angus CEO from 2002 to 2008. “The programs he put in place always kept in mind that the only reason beef cattle exist is for the end product. I think Jim never lost sight of that.”

Riemann shepherded the process of turning CAB into a limited liability company (LLC), but his lasting contribution is of fostering a culture of servant leadership at the brand.

“Everybody who came into contact with Jim benefited disproportionally,” Gwin estimates. “He was just a really good man.”

In Riemann’s honor, Certified Angus Beef and Cargill are establishing a mentor recognition fund with the American Meat Science Association (AMSA) to support and reward outstanding contributions in meat science education. These mentorships provide an important opportunity for friends, members and colleagues to recognize Riemann as a professional mentor or a colleague who has influenced their career or made a major contribution to their organization.

“Jim has certainly influenced many and has served so many important roles in AMSA and during his career,” says Collette Kaster, CEO of AMSA. “We are looking forward to working with CAB, Cargill and his family to continue his legacy and dedication to meat science and the beef industry.”

Once established, the fund will be open to contributions from others touched by Riemann’s influence.

“At Cargill, Jim’s passion for teaching helped a generation of young scientists grow and succeed in the meat industry,” says Daniel Schaefer, business director of by-products at Cargill. “It is our hope that this legacy fund is used to recognize outstanding educators in meat science that provide a ‘Jim Riemann’ level of inspiration to their students.” 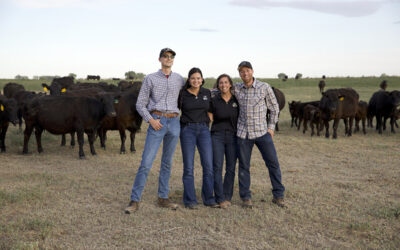 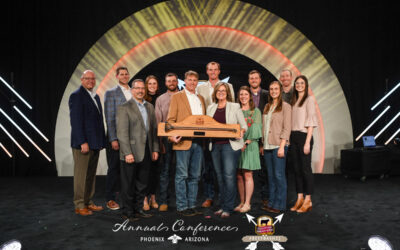 Adapting Angus cattle to perform better, in tandem with the land, and create a better end product is a labor of love 33 years in the making for the Blythe family. Every year they’ve improved one breeding decision, management change, farm tour and conversation at a time. 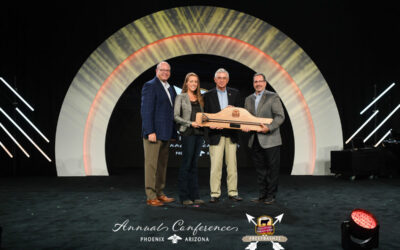 At Triangle H, problems are met with careful consideration of every possible outcome, solutions executed with care and evaluation. It’s simply how they deal with every challenge from people to cattle to equipment. Work to be the best in everything they do – a mindset Hands is passing on to his daughter. Their sharp focus on quality and thoughtful customer service earned Triangle H the 2022 Feedyard Commitment to Excellence Award from CAB.