This isn’t a research topic you’d find at the middle-school science fair.

It’s so new, research is just beginning to explore this 16-letter term for immune cells sharing nutrients with major organs: immunometabolism. So far, there are still more questions than answers.

That interaction of cells competing, sharing and utilizing nutrients is especially key in times of illness, he said.

“The body makes a lot of adaptations to make sure the immune system has what it needs to combat infection,” Bradford said. The same systems collaborate with metabolism for growth, development and health throughout life – from fetus to feedyard or pasture. 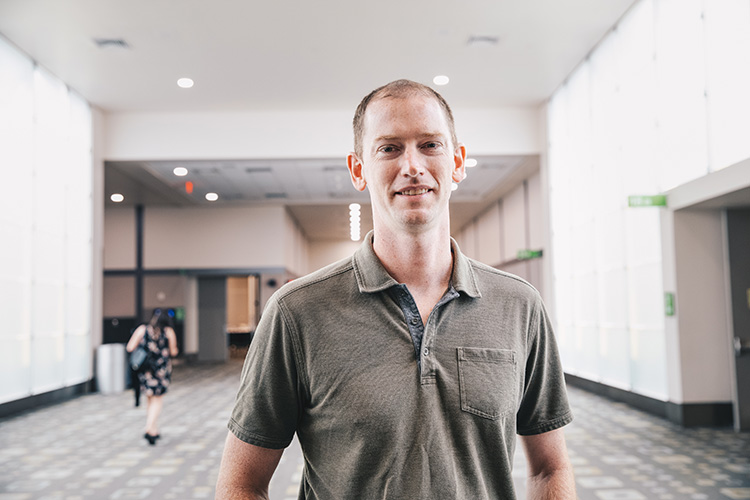 Bradford’s research focus is the inflammatory response during times of stress and that impact on liver health.

“To combat potential invading organisms quickly, the immune system uses cells like macrophages,” he said. “These are the cells looking for any signs of bacteria.”

Unlike many immune cells, macrophages live in tissues – not swimming around the bloodstream – and they are present all the time, monitoring for abnormalities.

“What we are learning now is they’re not just looking for signs of bacteria or infection, but they’re also playing really important roles in regulating how the tissue works day to day,” Bradford said. “Turning on a breakdown of body fat when the animal doesn’t have enough energy is actually influenced by these immune cells.”

Traditionally only thought to play a role in infectious scenarios, Bradford said, “The interactions between normal organ function and the immune system are becoming much tighter than we used to think.”

Research animals faced with an immune challenge have a dramatic change in nutrient availability in the bloodstream. That affects the building blocks of protein synthesis available for normal growth and development.

“There’s interest in how this might affect a growing fetus, say a cow that’s carrying a calf,” the scientist noted. “But also, what nutrients might be important and effective in helping an animal fight off an immune challenge like scours.”

He said research doesn’t know exactly what those nutrients look like yet. The same questions surround the impacts on feedyard efficiency and nutritional supplements.

“It’s tricky to nail down,” Bradford said. “When we see differences in efficiency, is it, to some extent, due to immune-system activation stealing nutrients?”

We know cattle become less efficient when they are sick.

“What we don’t know as much is this: If you try to ramp up the immune system all the time so that they’re less likely to get sick, does that actually cost you enough calories and nutrients that it doesn’t pay off?” Bradford wonders. “Or does preventing disease have that benefit, enough benefit, to pay for the extra immune-system cost?”

It probably depends on the environment they’re in, he suggests.

“The low hanging fruit is nutritional support of sick animals,” Bradford said. “Obviously if you’ve got cows out on a thousand acres, you know it’s not that easy to go give one some supplement that’s specifically for her.” But preventing illness for the whole herd might be an option in the future.

Take a feedlot for simpler example.

“If you’re pulling cattle to treat for respiratory disease, it wouldn’t be that hard to have a pen where you keep them for a while and maybe feed them a different diet that’s intended specifically to enhance immune response to that infection,” Bradford said.

By managing cattle through times of stress to reduce the effects of the immune system’s response to inflammation—linked to metabolic changes—producers can prepare cattle to perform.

Researchers are continuing to dig into this “new” topic. Feedyard efficiency, fetus development, long-term cow health – all remain on Bradford’s radar. “It kind of amazes me, actually, that we haven’t dug into that to this day.” 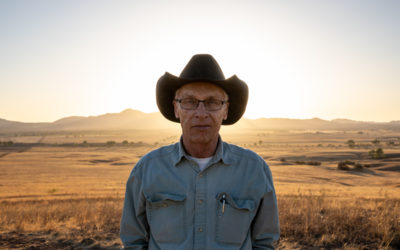