Cattle feeders capitalized on a tighter supply of market-ready cattle last week, confidently passing on early bids of $152/cwt. Packers came back with sharply higher bids as they competed to own inventory needed to fulfill boxed beef sales commitments.

The slaughter pace during the holiday-shortened week was impressive with a 579,000 weekly total, the largest Thanksgiving week total since 2006. Packers back-filled Thursday’s holiday void, harvesting 76,000 head of fed cattle on Saturday—50,000 more than the previous Saturday. 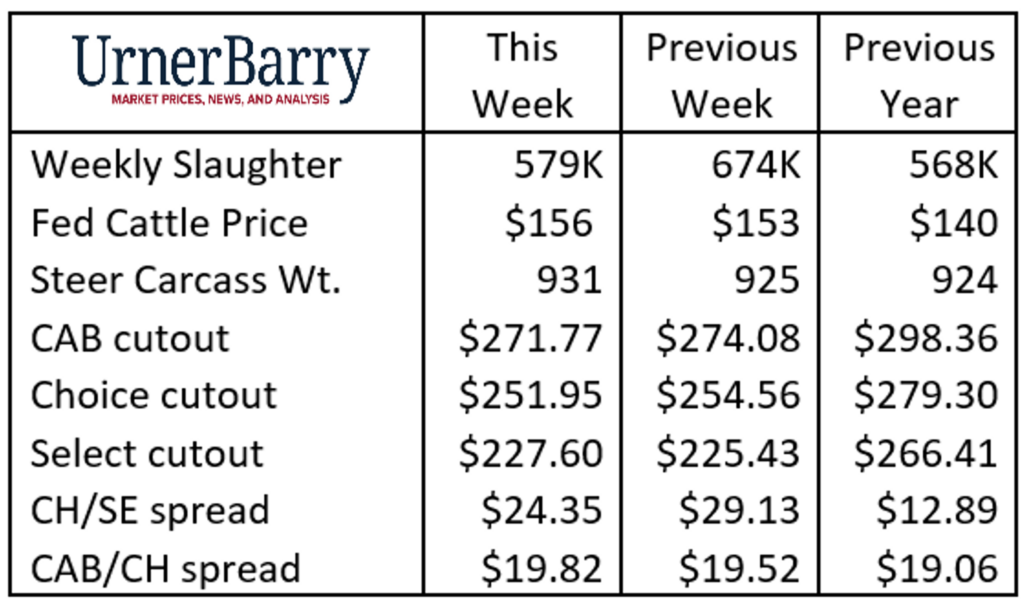 Carcass weights continue to increase, pushing toward an annual high as data for the week ending November 12 showed steer weights making a 6-pound advance to average 931 pounds. Steer carcasses have not been this heavy since reaching 930 pounds last January and currently matching the October 2020 record. Testing record-highs in the current market, of course, is not a reflection of an overabundance of finished cattle. In fact, fed supplies are quite current as compared to the fall of 2020 when the feeding sector continued to work through the backlog. Last week’s feedyard showlists in the largest four feeding states was 2,000 head smaller (3.5%) than a year ago.

Turning the calendar to December, the weekly spot wholesale boxed beef market should likely signal a lower price trend. The last three years have seen an average 8% decline in the Choice cutout price in December. Mixed price direction will be noted across the beef carcass cuts, but the month should be characterized by the upward early push of rib and tenderloin prices and a generally lower pull by several other cuts. Outside of middle meats the trend has been softer in the past few weeks.

The latest data, however, shows an erratic improvement in the obtainment of Choice and Premium Choice carcasses. The Choice trend line had drifted high enough to touch the 2021 percentage by late October. But in the past three weeks percentage Choice jumped from 71% to 73.6% before settling a bit lower two weeks ago to 72.3%. 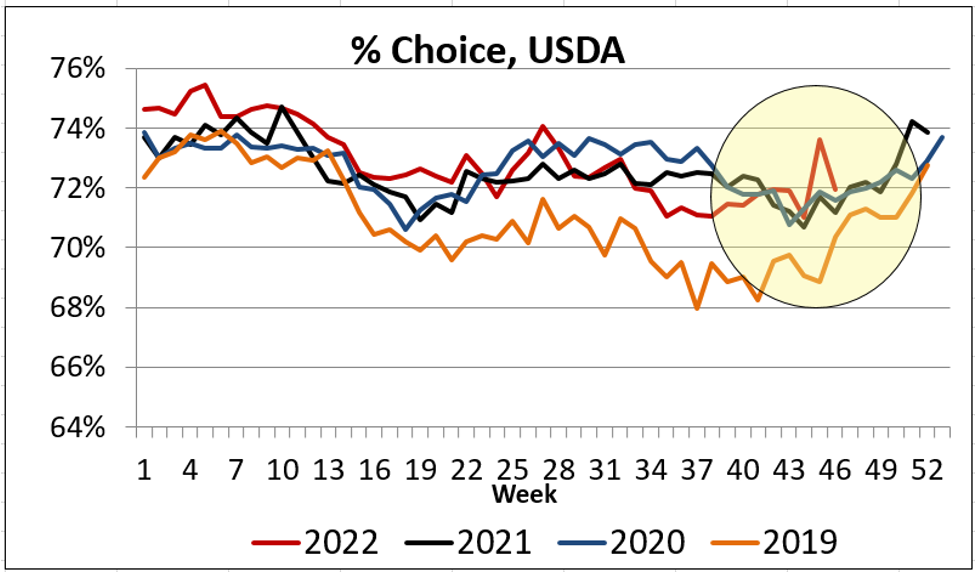 The week-to-week Choice percentage changes admittedly read as fractional adjustments. Yet as we analyze the Premium Choice segment of the Choice grade category we see significant reaction to the proportion of carcasses qualifying for CAB. In the second full week of November the percentage of brand-eligible carcasses increased from 33.1% to 34.9%. With the brand’s hot carcass weight limit adjustment having taken effect on October 31, the two-week increase reflects marbling improvement shown in the data.

Turning back to the coveted Prime and CAB Prime carcasses, grading has been much more seasonal with incremental weekly increases bringing the Prime grade to 9% of the total, up from the summer low of 7.5%. This is still one-half of a percentage point lower than the same week last year, leaving the industry around 3,000 head fewer Prime carcasses on a full week’s production in that comparison. 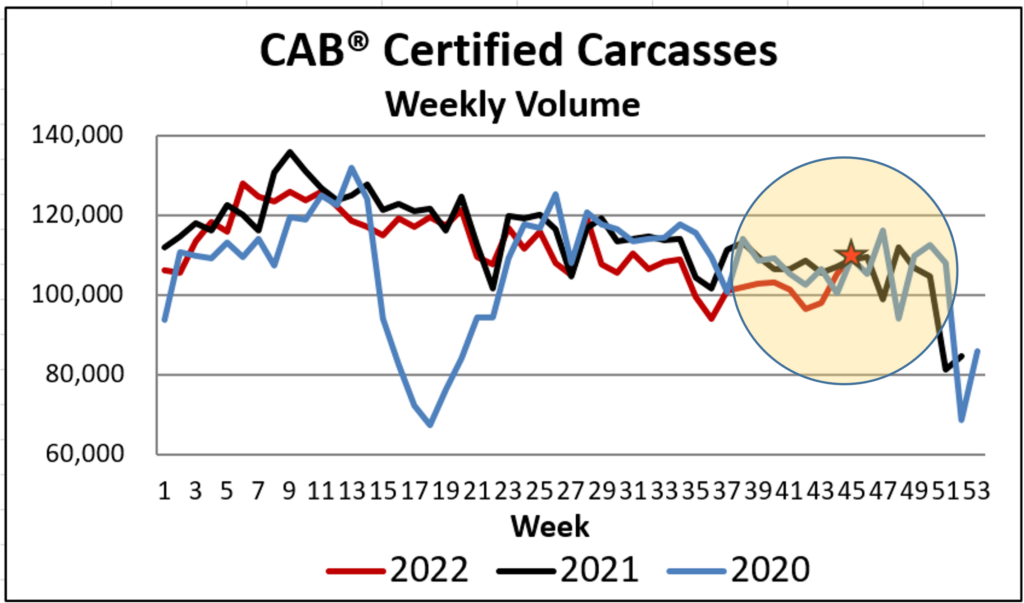 As a result, quality premium spreads remain robust at the current time. Although the Prime cutout premium has given up $10/cwt. in the past two weeks, all the quality premiums remain in record territory for this time of year. Further grade improvement in December, coupled with cooling middle meat demand, will tighten the premium price spreads in the coming weeks. 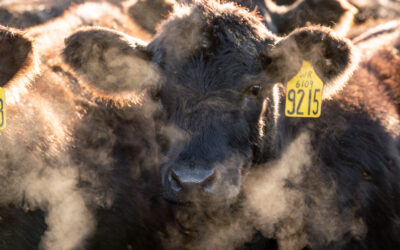 Among cattlemen who understand the math to determine the price for a set of feeder cattle, the question becomes: “How are these feeder cattle bringing so much money?” Mind you, it depends a lot on one’s perspective and sector as to whether or not this conversation comes up. After all, prices are highly variable, as are cattle and regional supply/demand dynamics.

END_OF_DOCUMENT_TOKEN_TO_BE_REPLACED 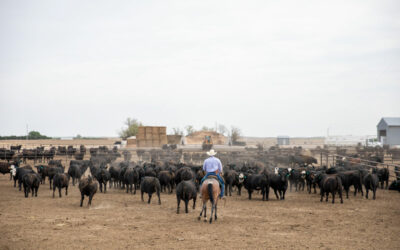 Cattlemen Will Continue to Reap Quality Rewards in 2023

Diving into 2023, the much-discussed beef cow herd culling comes home to roost, bringing on a supply challenge for the beef industry. Everyone downstream from the packer needs to be prepared to see more frequent, potentially wider price spreads for quality within the shrinking supply setting.

END_OF_DOCUMENT_TOKEN_TO_BE_REPLACED 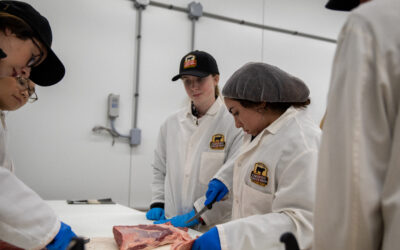 Fed cattle prices found a stable range in the past three weeks after making the $3/cwt. upward leap the week of Thanksgiving. Last week’s negotiated cash trade was on a smaller weekly head count and packers kept a lid on the upward price momentum.