Ross Humphreys walks like a cowboy and talks like one, too. His adept gaits tells of many days in and out of the saddle on his ranch just south of Patagonia, Ariz. His story shares decades of learning by doing, most of which weren’t on a ranch. He isn’t your typical cowboy.

He wears many hats, but his black felt wide brim fits most naturally, shading him from the sun at San Rafael Cattle Company, south of Patagonia, Ariz. Off the ranch, you can find him in Tucson managing stocks and his publishing company. 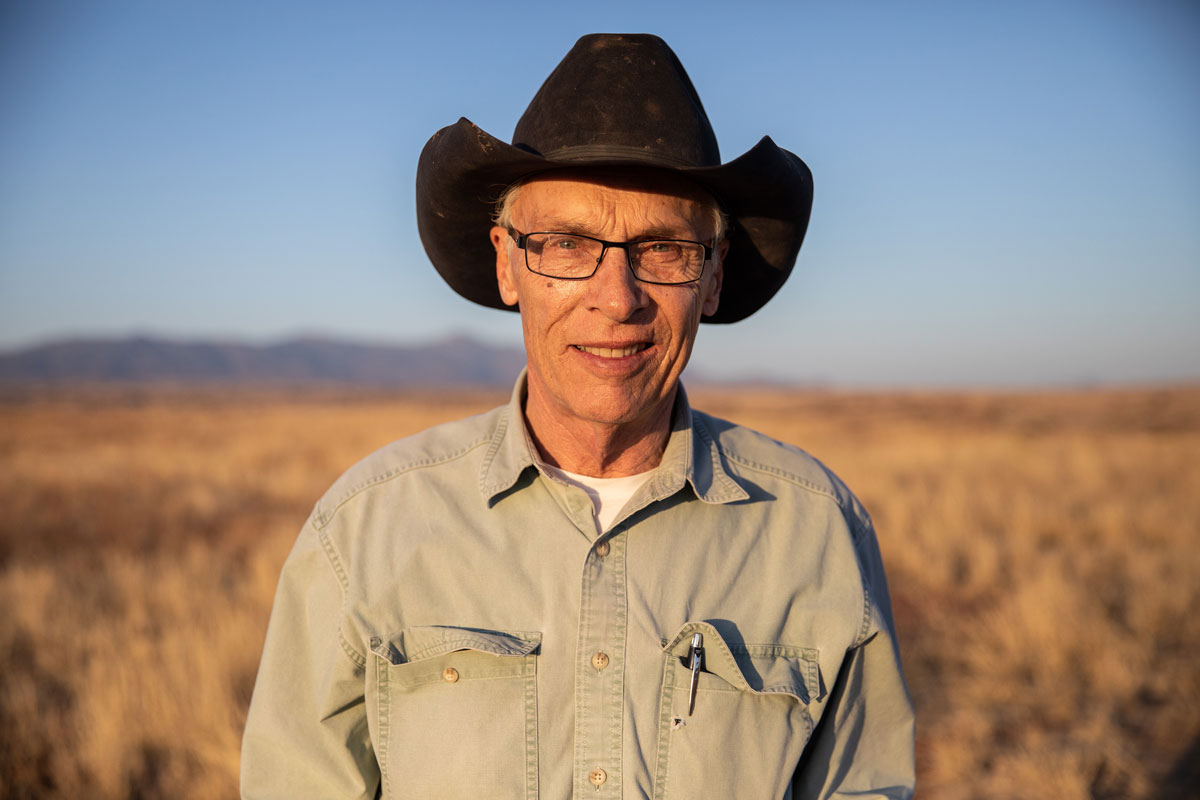 Humphreys grew up an army brat, moving frequently throughout his childhood. He earned a degree in chemistry and worked as a metallurgical engineer for a bit before going back to school for a Master of Business Administration. That sent him on a new route.

He’s held a lot of job titles in his 72 years, from strategic business advisor to book publisher and CEO of multiple companies, just to name a few.

In 1999 at 50-years-old, never having owned cattle or managed a ranch, he bought San Rafael Cattle Company. Admittedly, he took an unusual path to the cattle business.

“I stood on one of the hills with my older daughter and said, ‘Anybody could run a cow on this place because you can see her wherever she is,’” he says. “So that’s how we got started.” 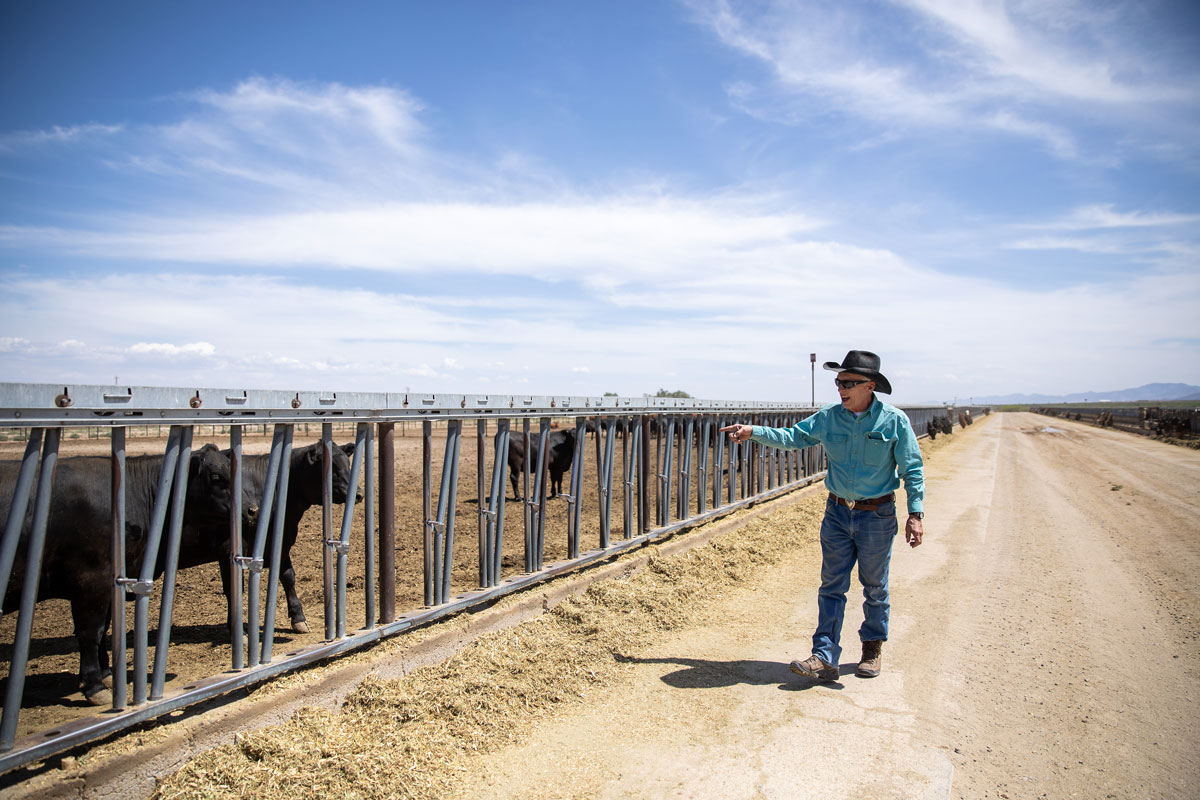 With no agricultural background, Humphreys went straight to the University of Arizona and bought a Ranching 101 textbook.

Always curious, his questions led to new acquaintances, and Mark Gardiner, of Gardiner Angus Ranch in Kansas, became his teacher and connector.

Humphreys leaned on good information and sound science. No ranch decision is made without running some math and looking at a spreadsheet.

By genetic testing his herd, he saw steady progress by buying a little better bull than the year before. He focuses his selection to ensure balanced cows that can raise replacement females and a calf crop that produces the best beef.

Humphreys confirms his plan works with results at the feedyard. Loads of his fed cattle have improved from 20% Prime in 2013 to 95% CAB or higher, including nearly 85% Prime today.

“My goal is to try to produce the best carcass I can,” he says. “So, I keep trying to nudge up my cow herd so that the calves will be even better the next time.” 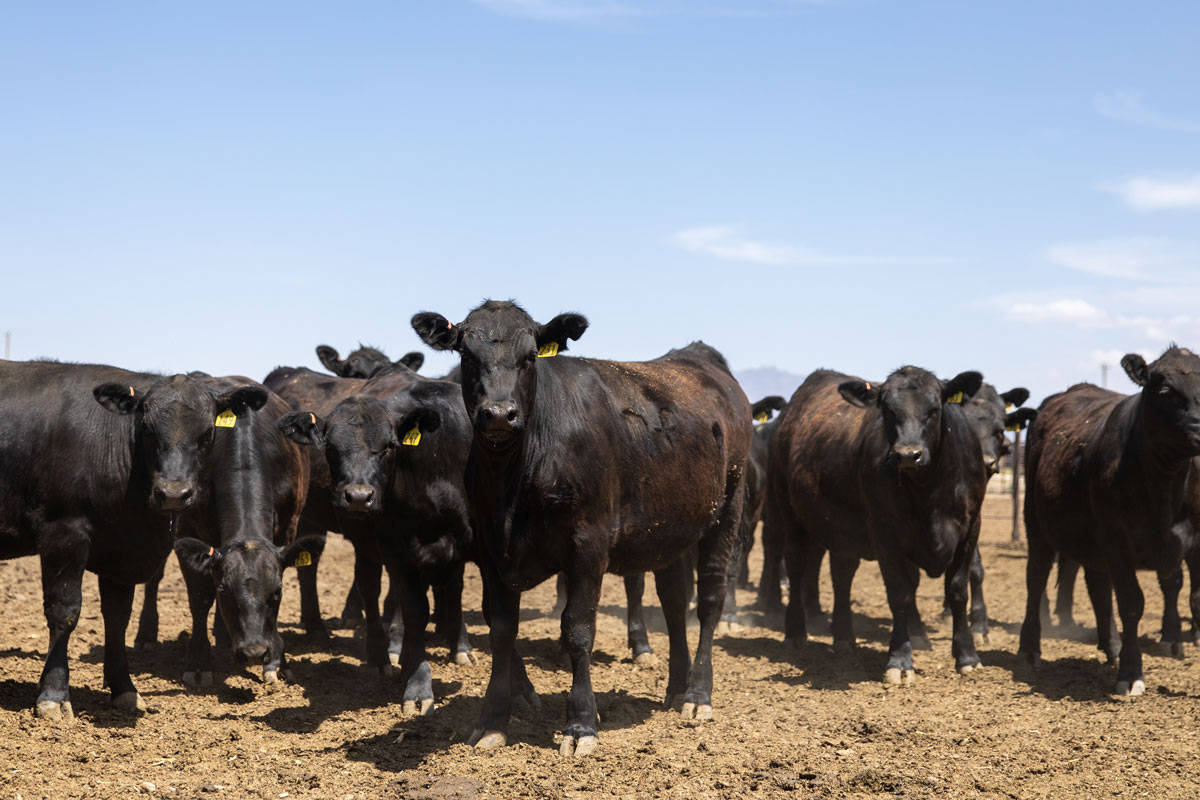 Conversations with conservation groups ensure that the ranching operation, endangered wildlife and habitat are protected from housing or industrial development. The easements with Arizona State Parks and the Nature Conservancy led to work with U.S. Fish and Wildlife and Natural Resources Conservation Service (NRCS).

The most important habitats on the ranch are water sources, including the Santa Cruz River, several springs and stock tanks. The endangered Sonoran Tiger Salamander is only found in stock tanks in the San Rafael Valley. Humphreys has developed water sources with support from NRCS grants, creating a mutual benefit for the cattle and wildlife.

Environmental investment is key to Humphreys’ long-term goal of sustaining the land.

Even with intensive management, the land still needs water and the current Southwestern drought continues to challenge his resources. As a result, Humphreys sold roughly 65% of his cow herd this year. 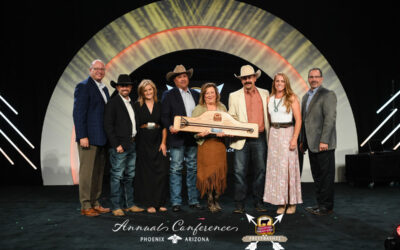 Hudson, Colo., provides awe-inspiring views of the pristine Rocky Mountains as a backdrop to their picture-perfect cattle. It’s the ideal spot to introduce visitors to the place where beef begins. Their spirit of hospitality and work to share how they raise high-quality beef earned the Walter family the 2022 CAB Ambassador Award. 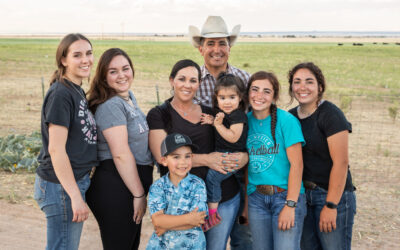 Producing beef in the desert Southwest takes a certain resolve, faith that the rain will come and grit to do the hard things and smile through the work when it doesn’t. This is the grit engrained in Manny and Corina Encinias and their seven children operating Buffalo Creek Ranch. Their holistic approach earned this ranching family the 2022 CAB Sustainability Award. 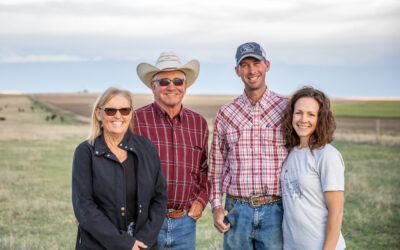