Where back fat, marbling and money meet

It’s a wonder any cattle feeder can judge the marbling inside the ribeye by guessing fat thickness just under the hide. It shouldn’t work, but grid marketing of finished cattle is largely based on this acquired skill.

On a carcass, the “sub-Q” is referred to as external fat, but most producers just call it back fat. Marbling is a more common term for intramuscular fat, the white flecks within meat that carry much of the flavor and determine taste.

It’s a key issue in cattle feeding Maddock says, because putting on too much back fat means “lower carcass yields and higher costs of gain, whereas lack of marbling results in lower carcass value and generally lower consumer eating satisfaction.”

The crux of the matter is these two manifestations of fat are only moderately related at best. Estimating fat cover is “not a good method of evaluating the marbling potential of finished cattle.”

Still, it is possible to manage both or even enhance marbling while keeping back fat in check.

Historically, USDA quality grades declined for 16 years from 1990 to 2006 and the incidence of over-finished, yield grade (YG) 4 cattle increased for the last half of that period. Since 2006, both quality and yield grades have improved.

Marbling growth is linear (see line graph) and “occurs at a relatively constant rate throughout finishing,” the paper notes. “The high caloric intake of cattle in the feedlot allows the body to deposit marbling at the same time as it deposits subcutaneous fat.”

At some point, back fat and yield grade begin to increase faster than marbling growth. Data from the American Angus Association (see table) shows the greatest marbling growth occurs while 12th-rib fat is increasing from 0.3 to 0.5 inches, with little added marbling after 0.6 inches.

Tying in economic concerns, Maddock concludes, “Cattle should be fed until a point where excessive external fat and carcass weight result in discounts greater than any premium that can be obtained from higher marbling scores.”

The details are in that white paper at http://www.cabpartners.com/news/research.php 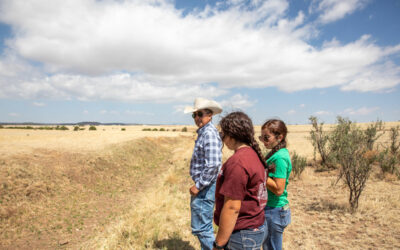 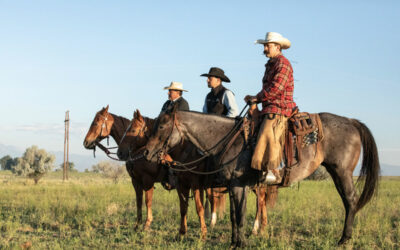 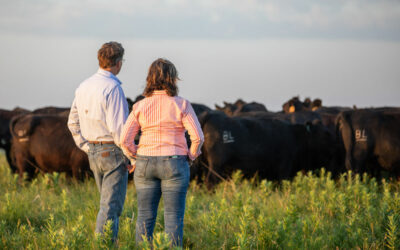 It’s a labor of love, obvious in the way she lights up explaining their family’s 33-year effort to proactively adapt Angus cows to their land. A lifetime of telling stories from the pasture or kitchen has resonated with nonfarm consumers as much as fellow ranchers. “Everything we do is about cattle, but it’s also about family and connecting our kids to the land and to the cattle,” Debbie Lyons-Blythe says.