Tagging by Dawn, Dishes by Dusk

It’s a near 3-hour drive from big-city Charleston to Ridge Spring, S.C. With every mile, people become fewer and cattle take their place.

His counterparts, though – the ranchers in this quality beef movement – they see new mornings all the time.

Caring for the cattle that supply steaks for the Steakhouse, beef’s bookends set out to watch one together for a change.

The two were scheduled to trade places and it seemed only logical to start at the beginning.

“Have you ever sat on a horse?” Yon prods with care.

“Sure, yeah,” Bacon stumbles to say. It had been a few years. “I mean I don’t think I can gallop or anything.”

There would be none of that, no funny business on Yon’s turf that could result in retaliation tomorrow. Besides, Bacon brought no boots – out of fear he’d recreate a scene from City Slickers – but Yon would get him on a horse nonetheless. 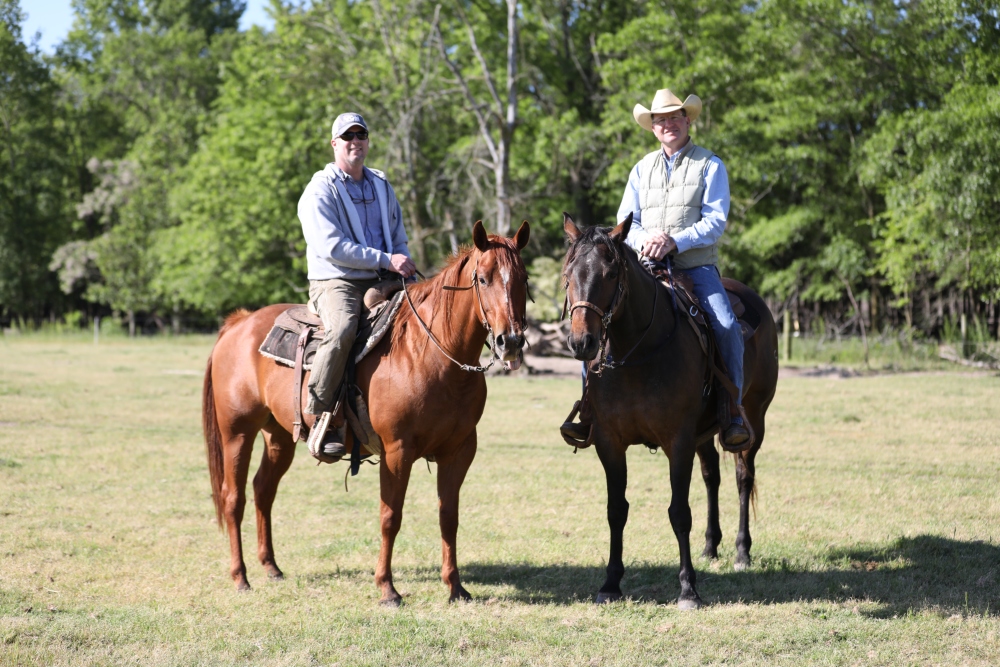 “On a typical morning in the spring, we’re still breeding cows,” Yon says. As they separate two from the rest he walks the chef through a regular day that’s always changing.

Bacon nods, the respected chef knows a thing or two about spontaneity, adjusting when life happens.

“This can make your head hurt this early in the morning,” Yon says, scanning a page of columns and data. “It’s just numbers, but if they’re good numbers, a lot of progress can be made.”

Expected progeny differences or EPDs are what help ensure Bacon’s customers get the eating experience they desire. Those numbers also determine what bull’s semen they’ll use for the heifer in the chute.

“I’m about to show you more than what you will want to know, but it’s the process,” Yon says, slipping on a sleeve.

He palpates the animal before guiding Bacon to do the same. 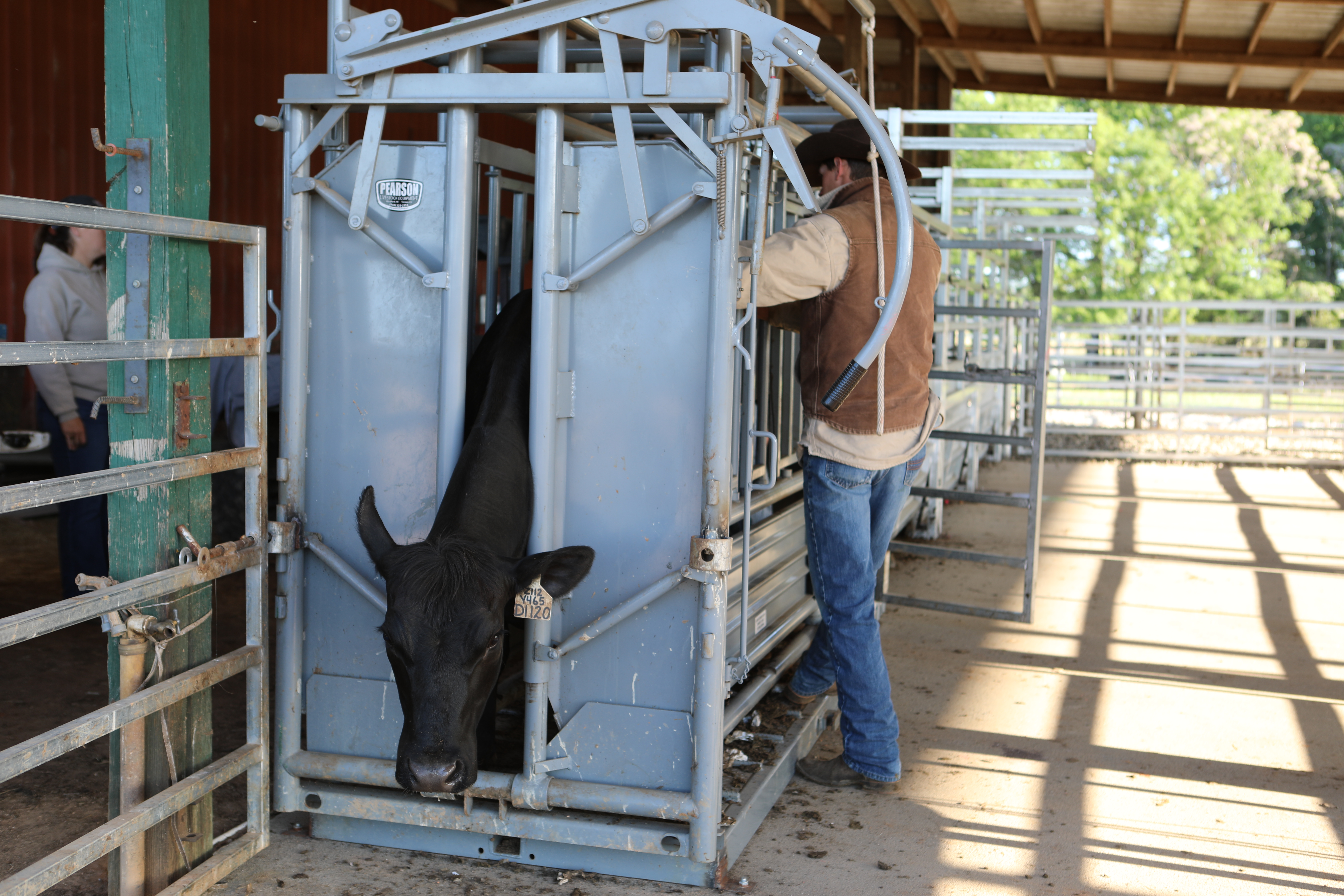 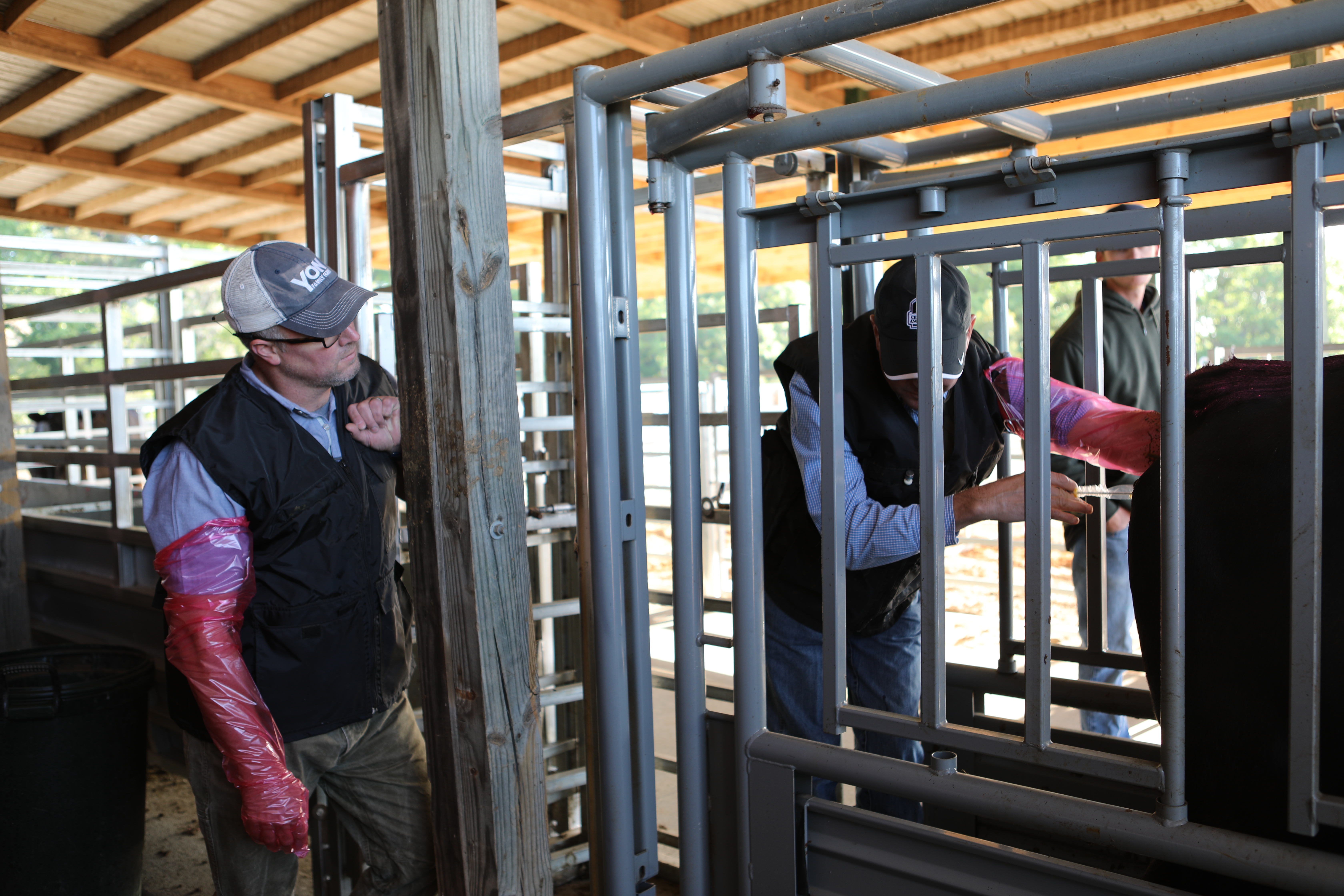 “Do you use your dominant hand?” Bacon asks before he preps to AI. In restaurant speak, one’s “pan hand,” is the stronger hand used to plate or sample a dish; the other left for more intricate, detail-type work. Bacon explains his inquiry and questions whether AI requires such a strategy.

“Most people will use their left but you go with what’s comfortable,” Yon says – as if any of the morning’s responsibilities are in that zone for the chef.

“I started out the day looking for the cervix, so that was pretty intense,” Bacon says with wide eyes.

But he’s committed, eager to learn and see life on the other side.

A calf in the fall will mean just that, and ultrasound will tell Yon in a matter of weeks.

For now, Bacon gets horseback to drive some cattle before driving the tractor to mow and the military feed truck for growing steers. He preps a cow for embryo transfer and tags a new calf – the latter his favorite part. 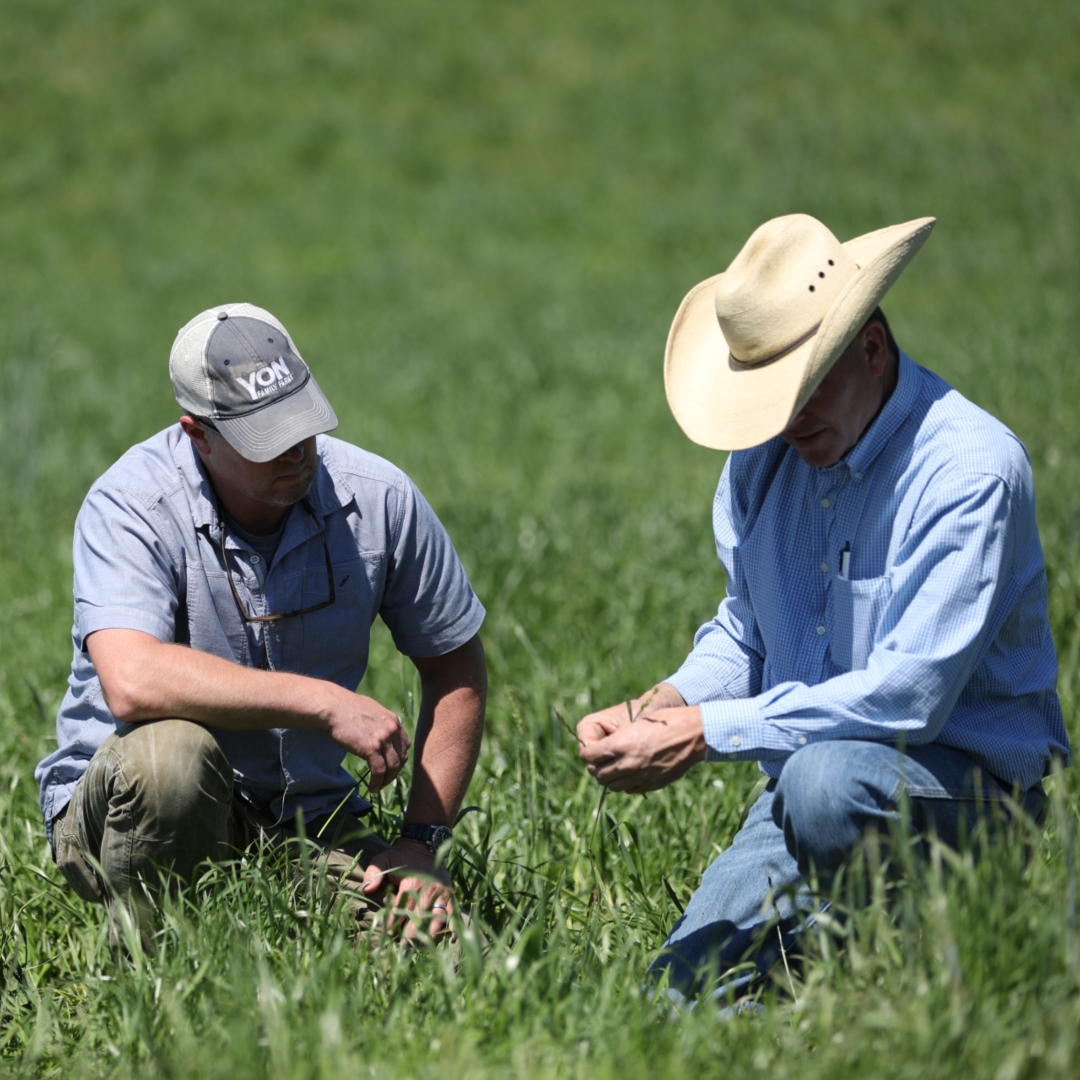 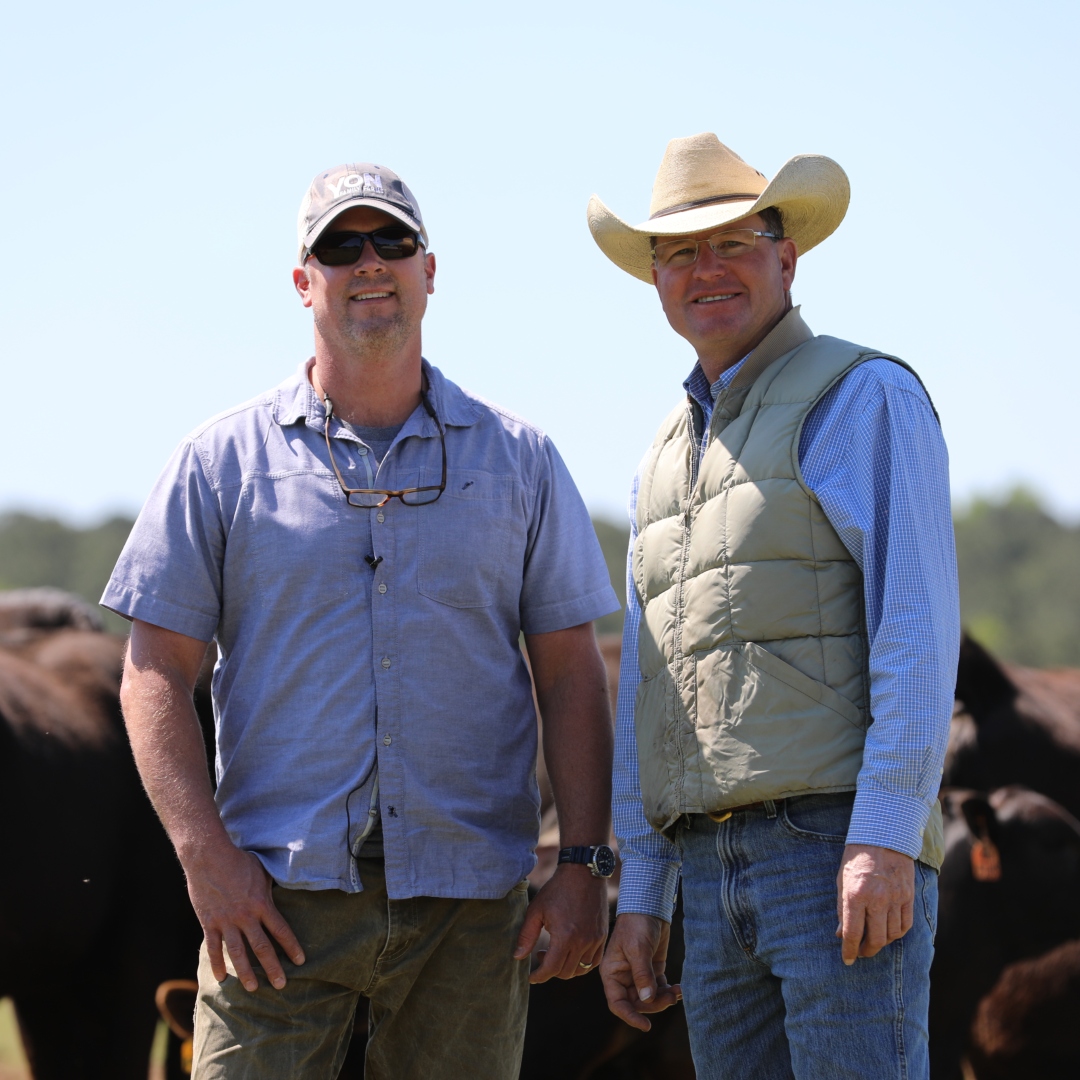 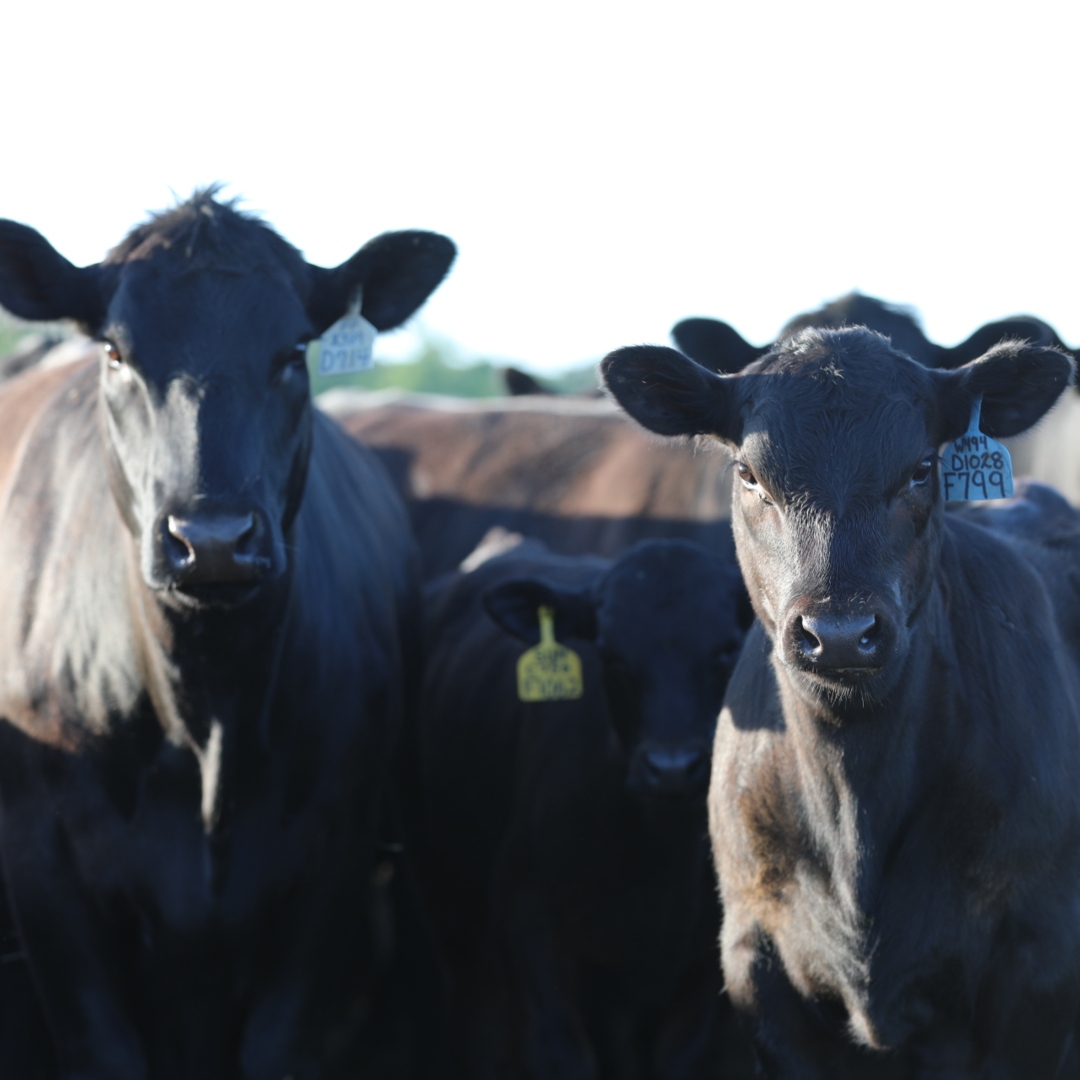 From a bird’s-eye view, they look pretty different, farmer and chef. It’s often not until they’re face to face, interacting and asking questions of one another that the similarities come into focus.

It’s in the details and precision, the passion and the pride that make up the big picture.

To consumers, these are men working alongside family, whether by blood or by choice. These are men providing wholesome food for the world.

This is what Bacon and Yon do well. Together, and separately.

“Our independent success is dependent on each other,” Yon says. “That’s the cool part.”

Understanding one another’s process only helps.

“Our worlds are this far apart. I’m at the beginning and he’s almost at the end,” Yon says after diving into the deep end at the Oak. The farmer’s arms stretch wide to show the point. “But there are so many similarities in what we do and I couldn’t be more pleased with people like Chef Bacon and his staff who represent our product.

“We all want it to be the very best.” 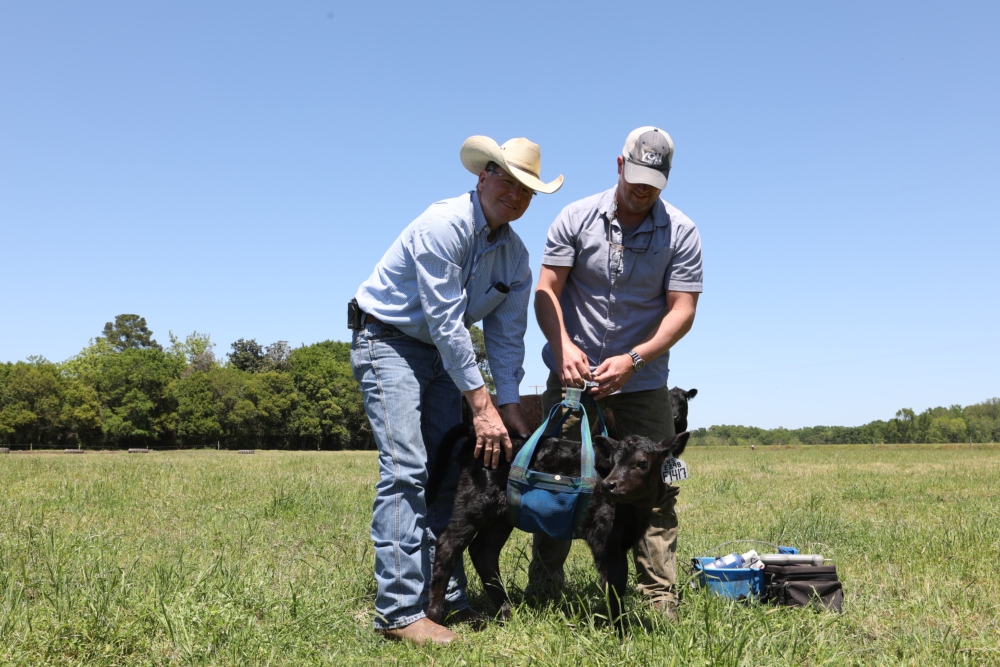 It’s true. Bacon allows nothing less at the Oak. Returning customers demand it. His standard that all beef served is Certified Angus Beef ® (CAB®) brand does not waiver.

Education and real experiences provide him an unparalleled perspective.

Yon feels the same bond with his teammates in the kitchen. Nearly 30 hours after Bacon joined the farmer’s early meeting, the chef’s staff gathers upstairs at the Oak for an evening run. This time a cowman sits in.

There’s a silence that says they get it. Heads nod and chests rise. The 24-oz. CAB dry-age ribeye they’re set to push carries new meaning.

“We’ve put three years into the steer going on the plate tonight,” Yon says. “Three years ago we made that decision.”

They’re on the same page.

“Often people will come in the restaurant, confused as to how we get it all out at the same time. ‘I struggle with 10 people at thanksgiving,’ they’ll say. “It’s all about being organized,” Bacon says, “using our systems we’ve put in place, much like the ones they do at the ranch.”

For Yon, those systems and Bacon’s close coaching keep the Oak running like the “well-oiled machine” the farmer witnesses when he steps behind the counter for his chance to contribute to the end game.

“Feels like your back’s on fire, doesn’t it?” Yon asks Bacon’s sous chef. His glass of water dwindles in no time.

After a quick lesson in action, the farmer dives in and does his best to stay afloat. Plating, facilitating, calling out orders, bringing ingredients from the cooler and steaks to the tables, hours go by in a flash. 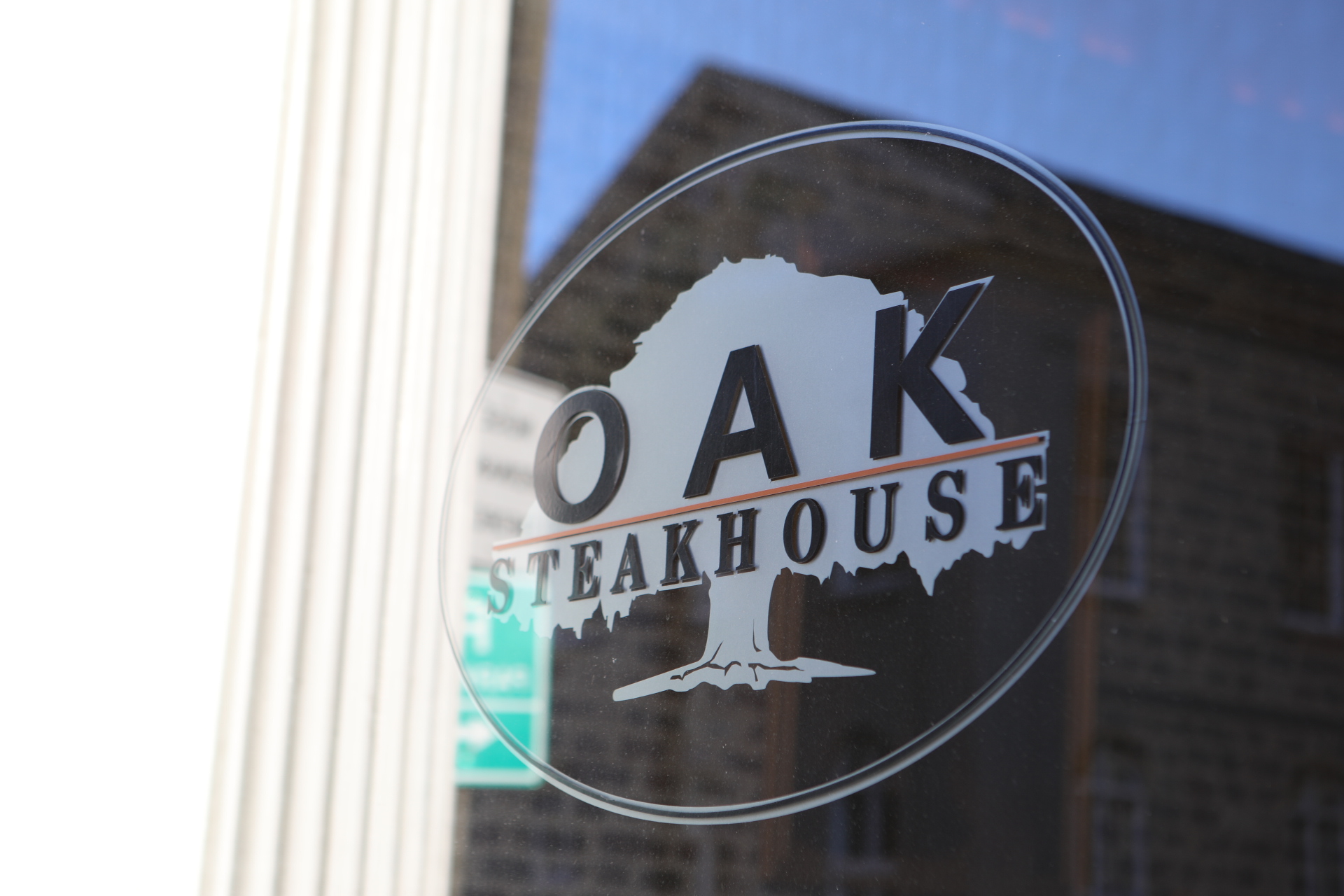 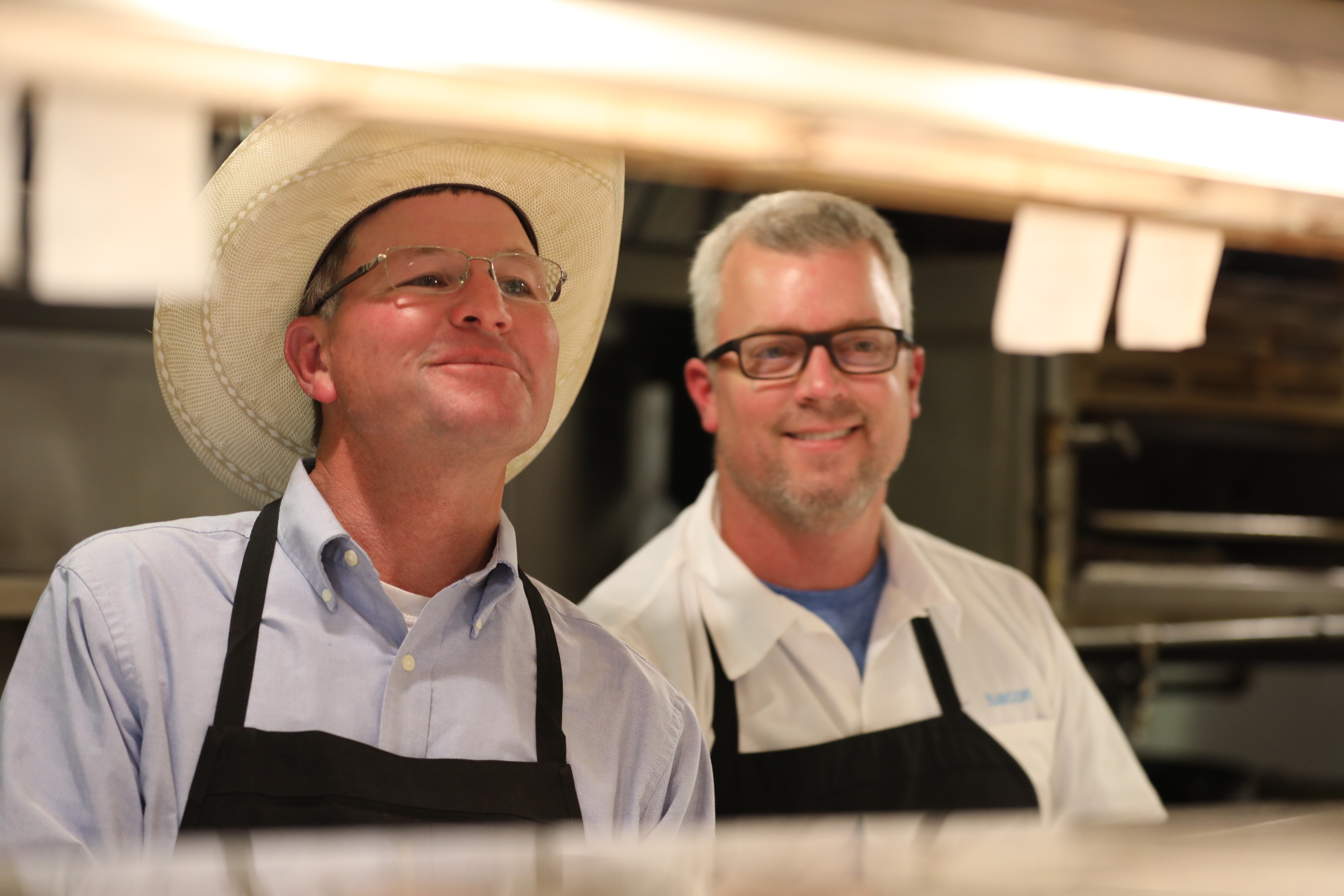 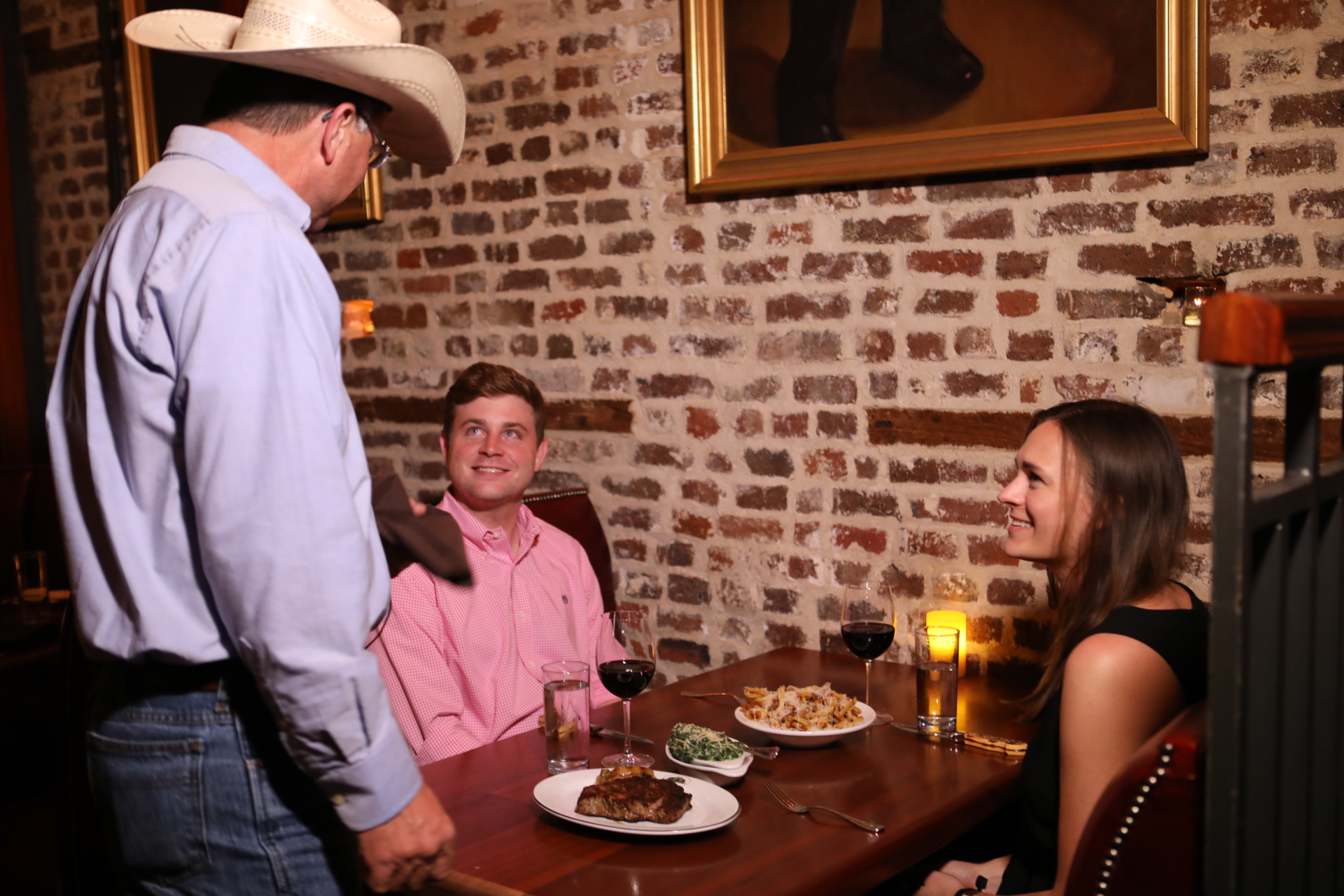 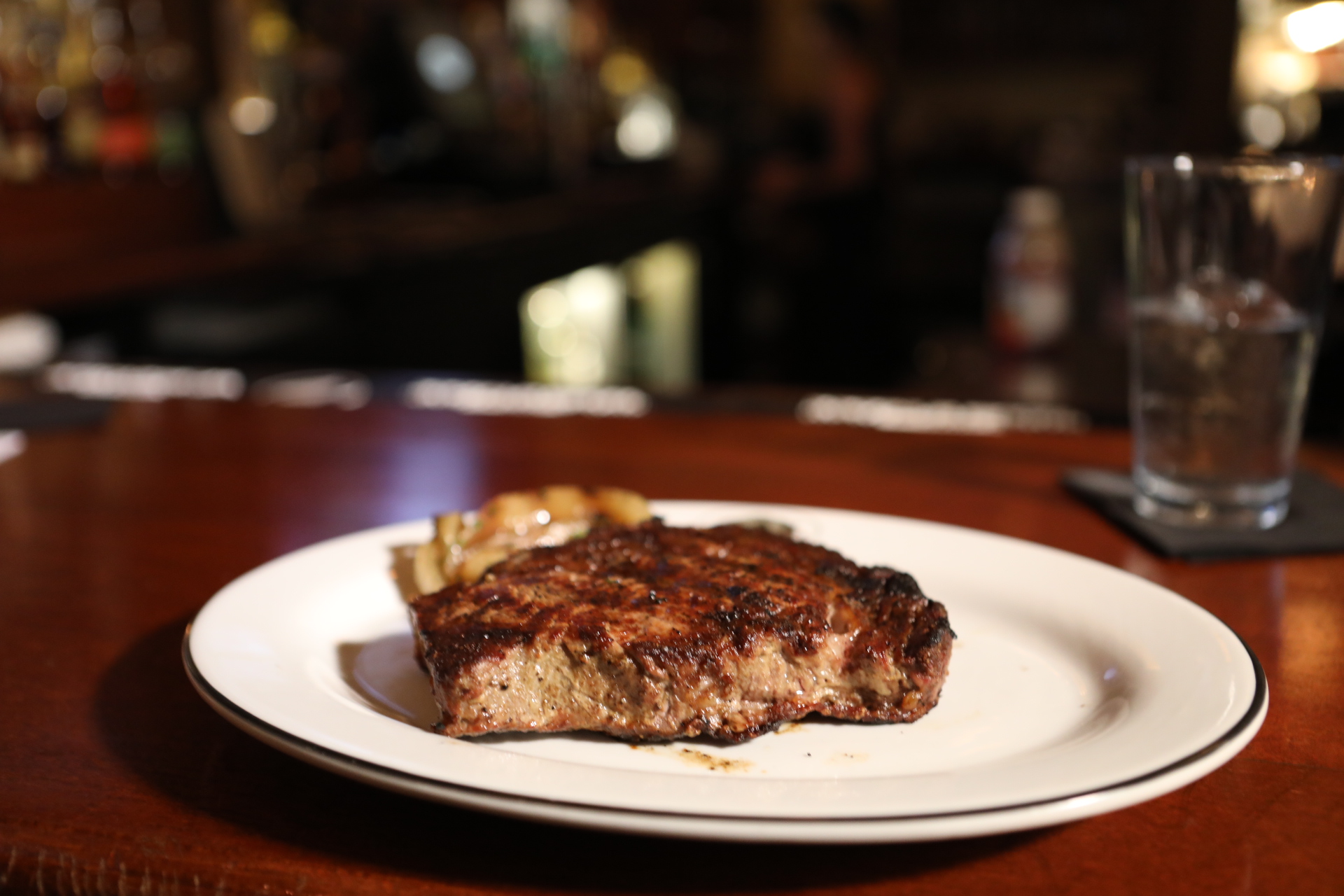 Yesterday we were weighing baby calves and today we weighed steaks,” Yon says, contrasting he and Bacon’s day to day. Back home, he’ll carry with him a better understanding and share it with those who will listen.

“That I could take a CAB prime ribeye, that perhaps came from our farm or others like it, and know everything that was behind that product, that the quality was there and we didn’t miss the finish line, that’s very gratifying,” Yon says.

The line gets busy behind them and the chef has to step in to keep the pace.

“I thought you were going to call for me any minute,” Yon says retiring his apron for the night.

If Bacon needs him, he’ll be there, a partner and friend. 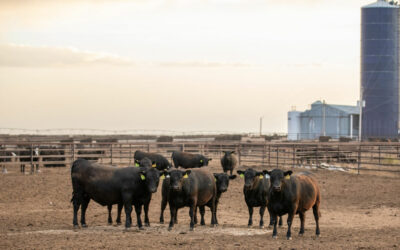 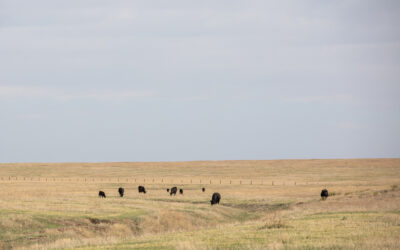 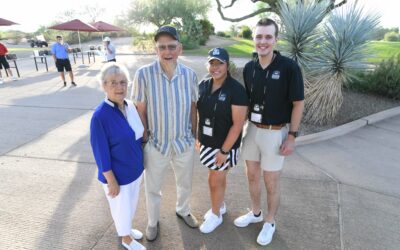