Imagine a world where you could breed cattle that never get sick.

It’s not reality today, but the American Angus Association is taking the first step toward tools that can help select for greater immunity.

“As we continue to refine genetic selection, we realize that genetics contribute to animal health in ways we probably don’t fully understand today,” said Mark McCully, Angus CEO. “As we start identifying genetic lines that are less likely to get sick, that has ramifications across the entire industry.”

In a world where breeders can place pressure on everything from fertility and growth to end-product merit, “It is kind of the missing link at the moment,” said Stephen Miller, director of genetic research, Angus Genetics Inc. (AGI).

At last fall’s Angus Convention in Reno, Nevada, the Association talked about possible future projects that will likely include the Australia’s Commonwealth Scientific and Industrial Research Organisation (CSIRO) and the Australian Angus Association to get at more data more quickly.

“We’ve had increasing scrutiny around the use of antibiotics, so we need to be ready,” said Brad Hine, CSIRO research scientist. “Our ability to use antibiotics in our food-producing animals is, in the next few years, going to be rapidly reduced. A really good strategy is to try to breed animals that have improved disease resistance.”

Over the next two years, 3,000 U.S. cattle will get three trips through the chute: one to administer a test antigen intramuscularly—similar to a vaccine trial—one to gauge response and administer a second antigen, and a final trip to measure response to that second stimulant.

“It’s a way for us to measure healthfulness, or an animal’s ability to respond with antibody production,” Miller said, that will help identify DNA markers for immunity. “The goal down the road is that we would have a genomic EPD [expected progeny difference] for immune response, based on these phenotypes.” 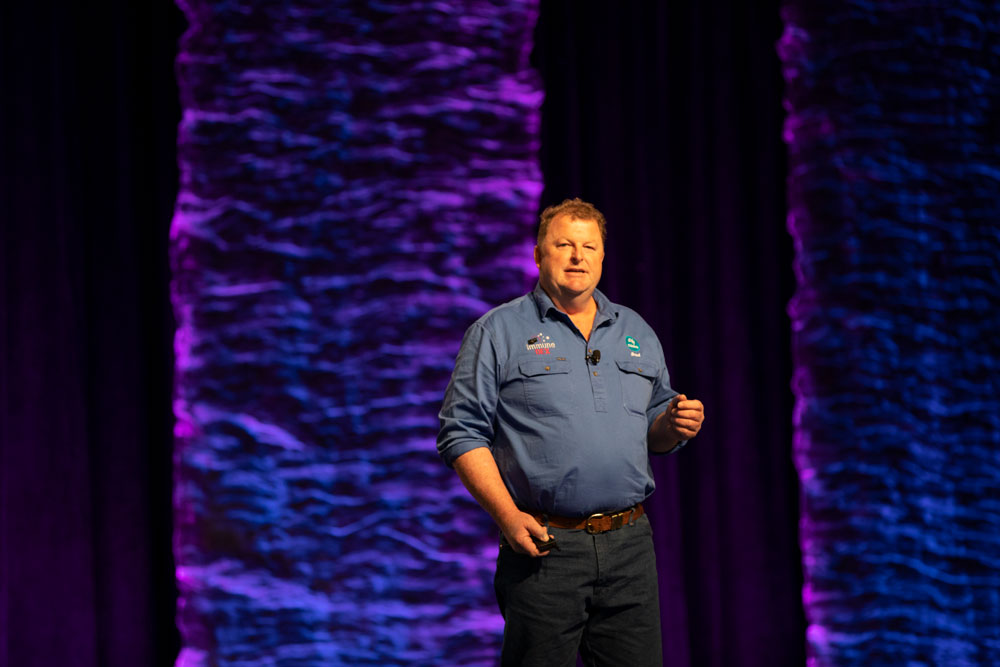 It’s all part of a larger project, working with immunologist Bonnie Mallard, University of Guelph, and her team along with Semex. (This work was funded in part by the Government of Canada through Genome Canada and Ontario Genomics.)

The Australians have already measured 4,500 and it is the long-term intention that their dataset could be combined with the North American project’s findings in the future.

“It’s easy to make the assumption that the most productive animal is the animal with the best immune system,” Hine said. “Obviously, the healthiest animal grew the fastest.”

But in some instances disease resistance is negatively correlated with production. For example, high-milking Holstein cows are often more at risk for mastitis, he noted.

“The research tells us, if we select for productivity alone, we increase susceptibility to disease,” Hine said.

Different types of pathogens are dealt with in different ways. There’s a cellular response for viruses that live inside the cells and antibodies that fight those outside the cells. CSIRO tested for both.

“The risk you run if you select animals that are very good at one arm of the immune system is that sometimes those animals are not as good at handling pathogens that require the opposite arm,” he said, noting they measured animals at their most stressful points.

“It’s about breeding animals with a really strong immune system so they can handle whatever challenges they face,” Hine said.

The heritability appears to be moderate. Correlations to other traits were weak but followed as expected: temperament was favorable while production traits like growth were negative.

Following indexed animals through the feedlot, the Australians recorded a $3.50 animal-health cost for every animal that scored high for immunity. Those in the low group accrued $103 per head. 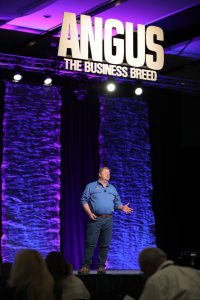 Hine said those are conservative estimates that don’t account for labor.

“If we can identify low-immune-competent animals and get them out of the system, there is a huge economic benefit for us as an industry,” he said.

The low-immunity group, just 11% of the population, accounted for 35% of health costs.

“As tools are developed, I think the adoption rate will be pretty significant,” McCully said. “A slight change in the improvement of animal health has huge economic ramification across the industry.”

The technology is “in its infancy,” he said, but the long-term goal would be to create genetic tools for Angus breeders and their commercial customers, such as genomic tests for replacement heifers or to prescreen cattle bound for the feedyard.

“I could definitely see this as a way of being better able to characterize risk,” McCully said. “You could modify your management to the risk level.”

Protocols at the yard could differ according to test scores. Eventually, market signals should follow, he said.

“If I’m a feeder, I’m still going to want those cattle vaccinated—it doesn’t change anything about good calf management we do today,” McCully said. “But if I can look at a set of cattle that has all of that, plus the genetics that give them the likelihood of staying healthier, that becomes an economic signal back to the producer to make more of those cattle.”

Programs like AngusLinkSM could potentially convey information through the chain.

“I really do see immune competence as just one part of the puzzle when we start to think about the resilience of the animal,” Hine said.

Cattlemen still need a focus on management and environments that control pathogens, giving cattle less exposure in the first place.

“We can breed the animals that are the most disease-resistant, but if we put them in a really bad, high-disease environment, then they will eventually succumb,” Hine said.

Even with improved tools, cattle will still get sick, although less often. That allows for less antibiotics in the system.

“There are obvious benefits for producers, economically, from breeding for improved immune competence, but I think the biggest benefit is maintaining consumer confidence in our beef,” Hine said. “We need to be proactive rather than reactive.” 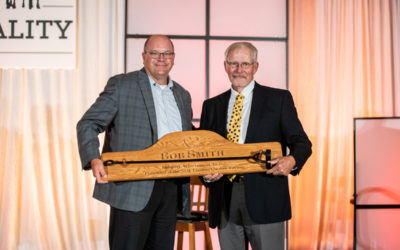 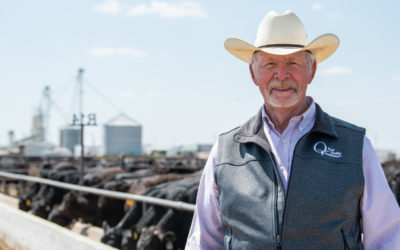 Of cattle care and human flourishing

Dr. Bob Smith, or “Doc Bob,” is the kind of man that looks to others’ success before his own. One that endeavors to be a life-long learner and shares that knowledge with anyone it’ll help. He’s also our 2021 Industry Achievement Award recipient.