A beacon born from a broken path

How three generations made Florida’s oldest steakhouse a success

It was a love story fit for the movies, full of ingredients that make success that much sweeter.

The backdrop was a 1930s coastal town challenged by war and economic cataclysm, the plot a Southern belle who meets a young man with aspirations of independence. Together, they forge ahead to carve their dream: a restaurant of their very own.

To have heard the tales directly from Ralph and Norma Lewis would best bring the scene to life, but their grit lives on in the younger ones they raised and the restaurant they built.

At the intersection of Palm Beach Lakes and Okeechobee Boulevard sits Okeechobee Steakhouse – the oldest of its kind in Florida’s Sunshine State. It was once a drive-in – think Ralph’s in Happy Days – where “you could get a martini or a Manhattan with a steak delivered to your car door for $1.10.”

Today’s clientele observing its rich décor can scarcely picture that.

Built by a pair of young ’ns who were told it couldn’t be done, it has outshined its competitors and outlived its naysayers to become a beacon for the city and a home away from home for its devoted guests.

But it wasn’t always the obvious path to victory.

Florida has its own way of doing things in the cattle business and beyond, and Ralph and Norma Lewis fit that bill just fine.

He the executive chef, she the head waitress at West Palm Beach’s Hotel George Washington, they lived like many in the hospitality world did in those days. Being a part of that industry meant a transient life moving north in the summer and back south after Labor Day when the hotels opened for the season.

“A lot of hotels along the coastline couldn’t turn lights on at night because they were afraid of the German subs attacking,” says Ralph Lewis, his grandfather’s namesake and the third generation to run the place. 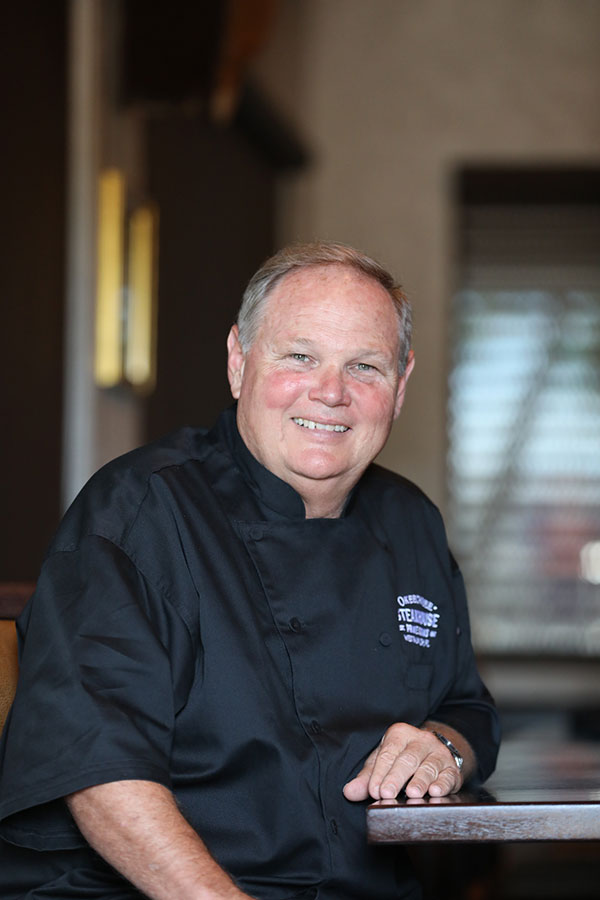 “Because of their roots, my grandparents drove from West Palm Beach to LaBelle, Fla., of all places, to get married,” he says. They’d been saving money for nearly a decade, determined to go into business on the west side of town, but not that far out.

The county’s west side in 1947 wasn’t then what it is now. Friends, family, even the vendors and suppliers they’d worked with said they were crazy for wanting to open a restaurant way out there.

It could have been because Okeechobee Road then was unpaved, but more likely concern over where that dirt road led.

Communities from West Palm Beach to LaBelle were sparse, trickled between farmers and blue-collar workers.

“To put it bluntly, they were told in their days this is where all the working trash lived. But my grandparents lived out here and they had a feel for the community.”

The young entrepreneur saw beyond the dusty fields and broken gravel. He noted that people from the Everglades and the farmers and ranchers near Okeechobee had to travel great lengths to enjoy a meal.

“He said the town only had one way to go and that was West,” Lewis says. “The first eight years they were in business they couldn’t get deliveries. Everybody said they’d never last.”

Unaffected, the couple purchased a panel truck and traversed in and out of town five days a week. They’d get beef brought in by rail and haul it unrefrigerated down the bumpy road to the restaurant’s side door.

The grateful blue-collared folks were loyal.

“They ignored everybody else, so this place was busy with a wait list from day one,” Lewis says. “It’s been that way ever since.”

With the younger Ralph at the helm and his father Curtis still stopping in daily after running it for decades, today the steakhouse has 108 employees and five entities beyond the main eatery. Those include Okeechobee Prime Meat Market, Okeechobee Steakhouse Catering, Okeechobee Prime Barbecue, a Production Kitchen and even a yacht provisioning service.

The brainchild of trailblazers, a mecca of high taste, all in all she boasts sales of nearly 60,000 pounds of Certified Angus Beef ® (CAB®) annually.

Today’s guests have morphed just as their go-to restaurant has from the inside out. The bar sits in the exact spot where it was constructed in 1950 but pillars to one side hint at where a wall once stood and an expansion extended its reach. The restrooms are indoors now and the charcoal pit is no more.

“We didn’t have exhaust hoods or anything in the steakhouse until the mid-’70s,” Lewis says. “We had a chimney at the end of the bar, and it was just an open pit that they stoked every morning with wood charcoal.”

A challenge, Lewis explains, has been maintaining the warm and rustic vibe while simultaneously growing to accommodate the modern clientele.

It’s evident he’s found the balance in the soft lighting, the original pine ceilings and the cascading wine wall just next to a meat case presenting dry-aged CAB steaks they’ve hand-cut and trimmed in house.

One thing that’s remained through all transitions is the commitment to quality in the meat they put on people’s dinner tables.

“We went 100% Angus about 30 years ago,” Lewis tells, mentioning their longstanding relationship with Miami Purveyors, Inc. 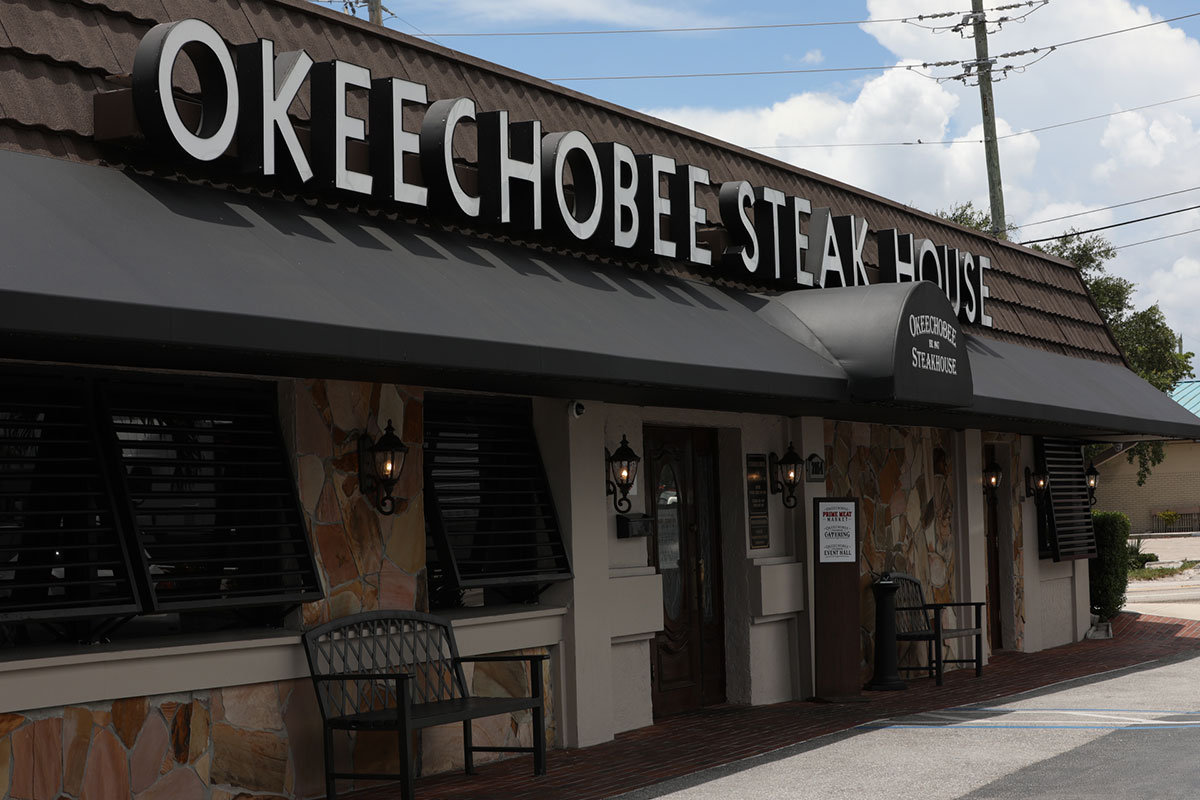 In the trenches, too

When the Lewis grandson took the reins seven years ago, he made a conscious decision to hone in on the Angus they were purchasing and only serve upper two-thirds USDA Choice and Prime. Ideally it would all be CAB.

“It’s consistency, plain and simple,” he says. “I’ve had others come in and try to sell me their beef and it’s good, but if the guy’s cutting strips, I can pick out CAB over theirs.”

For his increasingly popular BBQ truck he started setting up in the parking lot on Saturdays, they feed exclusively CAB brand Prime brisket until it’s gone.

With the quality of meat assured, his marketing abilities went to work.

“That’s a big part of it, too, not just the great food,” Lewis says. “You have to be able to tell the world about your great food.”

Quality food and stuff is good,” he says, “but good food with a good story make headlines. I’ve found that to be true. I put our food with a great story, and it sells. People love it.”

That’s another reason he sticks with the world’s largest beef brand: it’s owned by Angus ranchers who have stories of their own.

“I get cattle futures and commodity reports every week,” Lewis says, declaring he invests in the guys and girls who start what his team finishes.

As he looks forward to passing the steakhouse and all that’s under her umbrella to the fourth and even fifth generation toddling around the office, he urges cattlemen to keep bringing the quality.

The more of their product he can push, he says, the more demand there will be – a win-win for all.

“We depend on what they do to keep us going,” he says. “Then at the end of the day, the guests at the dinner table each night depend on all of us. We’re in the trenches in a different way.” 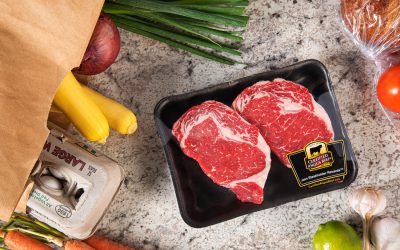 Retail beef sales during the pandemic displaced much of the trade usually enjoyed by foodservice. Grocery stores and restaurants around the world had their business plans radically changed in just a few days, but the demand for beef remained. 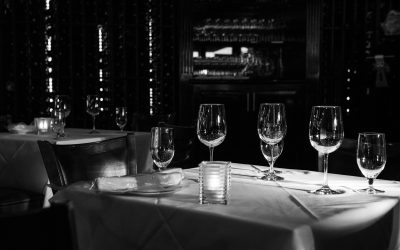 “What costs most for a restaurant isn’t the meat, but an empty seat.” That statement resonates even more after rounding a year of a pandemic. But before COVID-19 shutdowns and meat shortages, serving CAB was about competitive advantages and so much more. Loyalty breeds loyalty, creating a demand not only for the product, but the company. 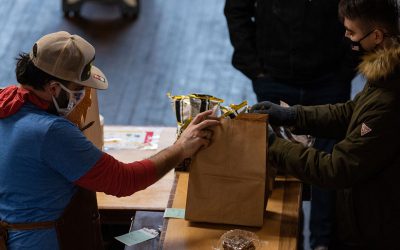 Data from the National Restaurant Association shows 1 in 6 restaurants have already closed and the next few months are critical for those continuing to operate. To inspire and build support for this key pillar of the high-quality beef market, the brand launched #RestaurantChallenge.