January fed cattle prices are normally choppy and so far we’re seeing that pattern in 2021. A primary difference this year, compared to 2020, is that last week’s average price is $14/cwt. lower, the same discount as the 5-year average.

The brighter side is that packers continue to harvest fed cattle at a rapid pace. Last week’s 509,000-head total is a 5-year record for that week. This pace is what we want to see in the near term, with the industry’s need to work through aggressive fall placements against 1st quarter finishing dates.

Large fed-cattle supplies will, however, limit upside potential for cash cattle prices in the near term, as February is typically the lowest beef demand month of the year.

Carcass cutout values appear to have found a short-term low in the first full week of January. This was a bit earlier than expected, as it’s normal to see softer prices into the middle of the month before boxed beef values begin to gain a little momentum heading into February.

Boxed beef prices may not advance to a high degree through February, since weekly carcass counts will be larger than a year ago given larger front-end cattle supplies. Limited restaurant trade continues to linger with Valentine’s Day approaching. This restriction on the market may keep a lid on any holiday ribeye buying that tends to provide lift for cutout values during this period. Ribs were the only cheaper CAB primal from the cutout last week, yet heavy ribeye rolls were $0.40/lb. higher than the same week last year.

End meat demand is seen most recently with many chuck and round items gaining slight price advances. Several items remain priced below a year ago from the ends of the carcass, so advances are relative.

Breaking down the total carcass cutout value by the dollar contribution of each primal reveals some of the anomalies for 2020. The table shows each of the beef primals with the percentage of carcass weight contributed by each. The familiar “big four” primals (loin, rib, chuck and round) certainly weigh the most and easily contribute the most to carcass value. Brisket, plate and flank primals combine to account for just 15.5% of the total. 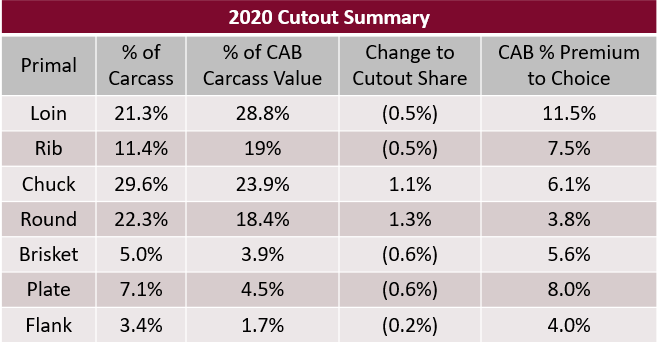 The large shift to retail business, accompanied with stifled restaurant and export trade, subtly show in the shifts in dollar contributions of each primal. Where customers purchased beef influenced which beef cuts outperformed or underperformed last year.

It’s no surprise then that the chuck and round primals contributed an additional 1.1% and 1.3%, respectively, to the annual CAB cutout value in 2020. Retail demand was key to those increases, but lackluster demand for middle-meat items is just as much a factor in end meats capturing a bit more of the cutout dollars.

This is evidenced as we look at the rib contribution, which slipped by a mere half of a percent on the year. Ribs didn’t cheapen, year-on-year, but the advance in end-meat pricing outpaced ribs such that the chuck and round pulled slightly ahead in the total cutout makeup.

The loin decline, however, is a bit easier to understand since the highly valuable tenderloins suffered as much as any subprimal beef cut because of lost restaurant business. The 0.5% smaller loin contribution, along with the rib decline, shouldn’t be exaggerated but they are telltale signs of the year’s abnormal demand pattern.

Downward pressure was also noted on the smaller brisket, plate and flank primals. Each of these suffered in varying degrees the demand losses at the restaurant level while the latter two were also impacted in the 2nd and 3rd quarters by lost export demand.

Finally, as we get to the meat of the story, let’s take a quick look at premiums for each primal by quality level. The Choice/Select spread was narrower last year, falling $5/cwt. from the prior year to average $10.40/cwt. in 2020. This is a significant annual decline but the latest average is much closer to the 2016-2018 annual average of $10.82/cwt. The 2019 average of $15.46/cwt. had a lot to do with the Tyson plant fire disruption. That being said, the lower Choice premium in 2020 represents a return to normalcy if that can be said of anything on the year.

In that last Insider, we pointed to the higher CAB cutout over Choice to sum up the year so we don’t need to rehash all of that. Yet it bears mentioning that the CAB loin, rib and chuck primals had larger premiums by 4.4%, 2.8% and 3% compared to Choice in the prior year.

Historically, higher corn prices have not automatically driven cattle feeders to reduce days on feed and finished cattle weights. However, current breakeven calculations are generating cost-of-gain estimates ranging from $1.00/lb. to $1.15/lb. depending on location and other feed costs. With last week’s fed cattle trade averaging $1.10/lb. it’s evident that the value of an additional pound of gain at the end of the feeding period is of little advantage.

For much of 2020, the industry suffered from excess carcass pounds per head due to the backlog of cattle. Late December data shows combined steer and heifer carcasses still 14 lb. heavier than a year ago. Feedyard placement data suggests a quickening pace of carcass-weight decline as we work through large front end cattle supplies in the 1st quarter. Spiking feedyard cost-of-gain figures should add fuel to this faster carcass weight decline, as some feeders will be incentivized to market cattle more expeditiously. The contrary factor to these dynamics is an increasing cash cattle market and/or weak basis, both of which would push marketing bias farther out on the calendar. 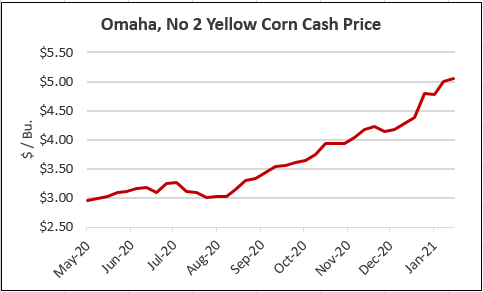 From a carcass-quality standpoint we’ve seen a plethora of over-fed cattle in recent months. The added days on feed have pushed quality grades in 2020 to record seasonal highs. Lighter carcasses, especially in April and May, will pull quality grades lower as we head to the normal, annual lightest weights in May. This is negative to high quality product supply in that important demand period, but will have a notably positive effect on the Choice/Select spread as well as CAB and Prime carcass premiums. The other side of that coin will be fewer yield grade 4s and 5s, plus fewer discount carcasses exceeding 1,050-lb. grid limits. 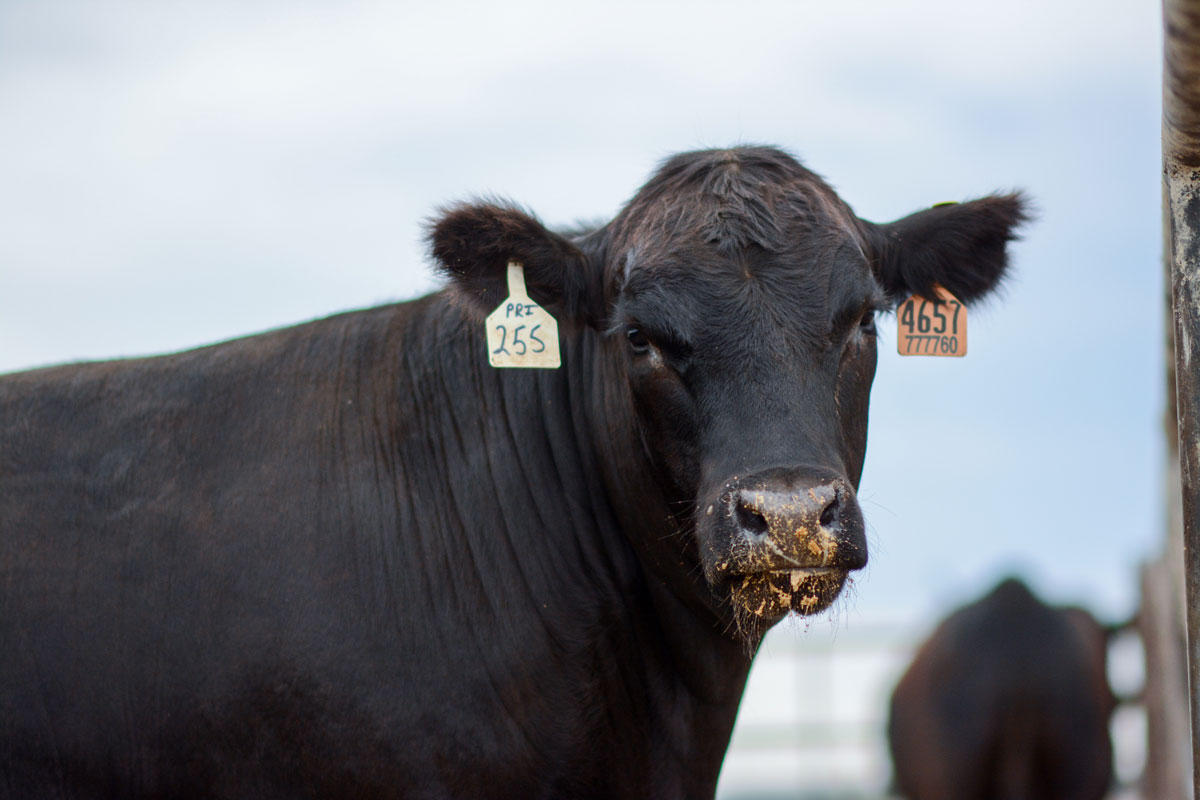 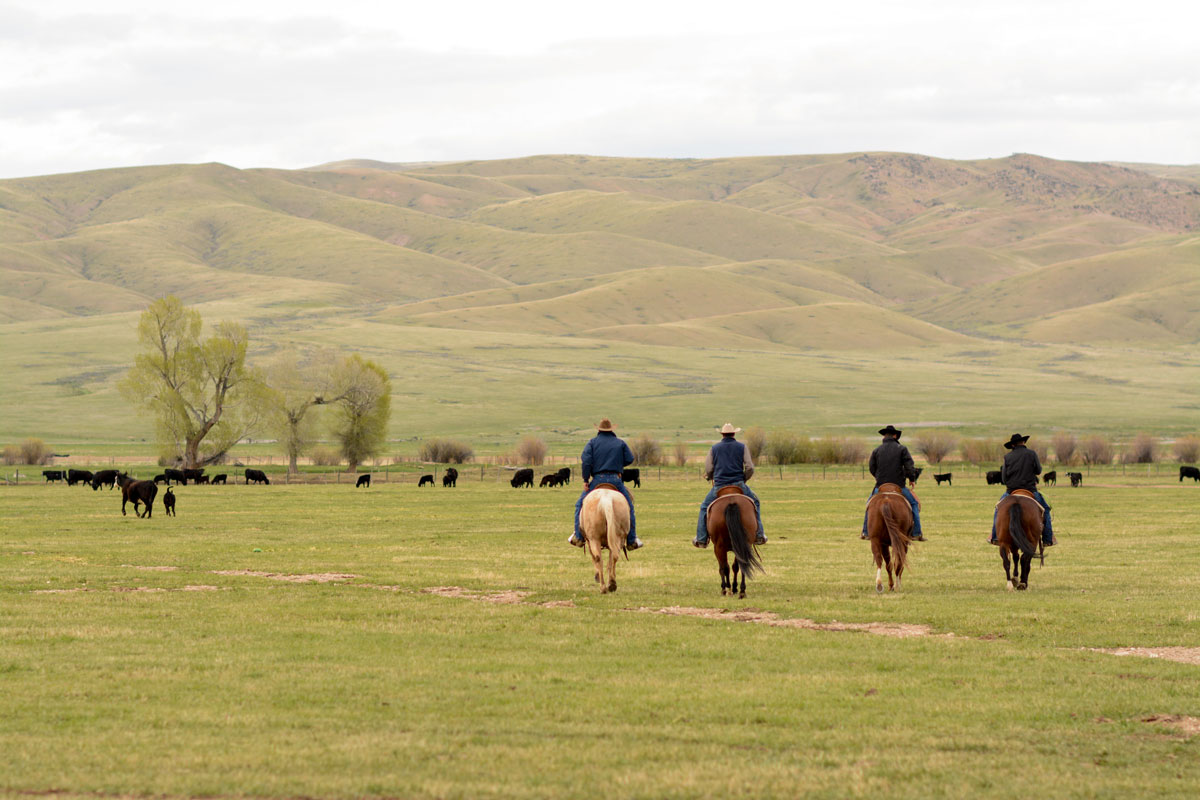