North Dakota’s landscape was carved by glaciers, scraping the surface and leaving potholes like cleats to a muddy football field on Friday night. Filled with water and surrounded by grass, this land is known as part the Prairie Pothole Region, home to an estimated 2 million breeding duck pairs and 1.83 million cattle.

“Rotationally grazing cattle is one of the best ways to manage this landscape for waterfowl, for other ground nesting birds, for the general public, and for ranchers themselves,” says Tanner Gue, a Ducks Unlimited biologist. It’s why he and many other Ducks Unlimited staff across the country work hand in hand with ranchers to collaborate on projects that benefit the cattle, land, water, and in doing so, the ducks.

Third generation ranchers, the Spickler brothers, run independent Angus seedstock operations near Glenfield, North Dakota, in the heart of the Prairie Pothole Region. Justin and his wife Sara run Spickler Ranch North, on the same land their grandfather purchased in the mid 1900s. Nathan and his wife Emily run Spickler Ranch South only a few miles from the homeplace.

“We live in the area where the tall grass and the short grass prairies meet,” Justin says. “It’s really, really good grass and very productive. There’s a wide species variety and we can raise heavy calves without supplemental feed.”

Justin says 90% of the grass they run on is native. He does rotational grazing in a twice-over system and his forage cropland is 100% no-till. He keeps cattle on sections three to four weeks and rotates.

The grasses in this area evolved under the bison, growing after heavy grazing and relying on natural fertilizer. Grazing stimulates plant root growth and the nutrient cycle of the prairie.

The only way to mimic it is with cattle.

“Wetlands act like sponges, cleaning our water and decreasing the severity and frequency of flooding,” Gue says. “Grasslands do the same thing. By rotationally grazing perennial grasses and keeping our soils functional and healthy, it improves the soil’s ability to infiltrate water and reduces surface runoff. Grazing surrounding grasslands helps maintain wetland hydrology, functionality and biological value for waterfowl and hundreds of other species that depend on those wetlands.”

This natural cycle requires a focus on what’s beneath the surface. 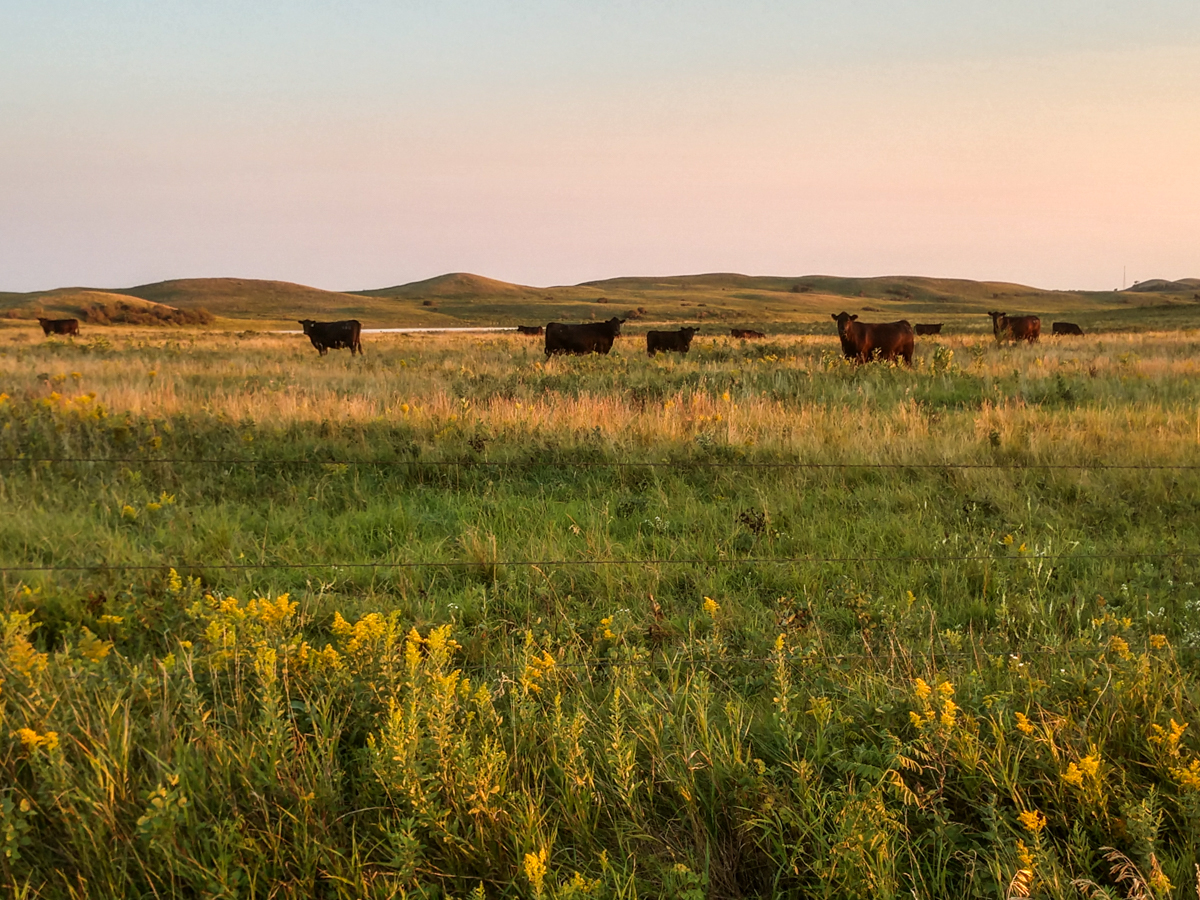 According to Gue, profitable family ranches raising high-quality beef on the native grasslands is the best way to preserve a precious wildlife resource.

“When I graduated from North Dakota State nearly 20 years ago, we were conventional tillage farming,” Nathan says. “But our soils were light and more susceptible to erosion so we shifted to a complete no-till system where it essentially functions and responds like the grasslands next to it.”

He tries to keep something growing on the land at all times, seeding alfalfa, winter rye, oats, barley, sorghum Sudan and millet. For species diversity and flexibility of grazing, he always seeds turnips, radishes or kale in the event that his primary crop fails or they don’t get enough rainfall.

“All of our tillable land stays tillable because it allows the flexibility of being able to rest our native grasses,” Nathan says. “If that land was native pasture, we wouldn’t have lush rye, turnip and radish with the fall rains we’ve got. We’d have a native pasture we’re trying to rest – especially in a drought year like this one.”

“At their request, we stepped in to help improve their ability to build soil, enhance management of important wetlands and perennial grasslands,” Gue shares. 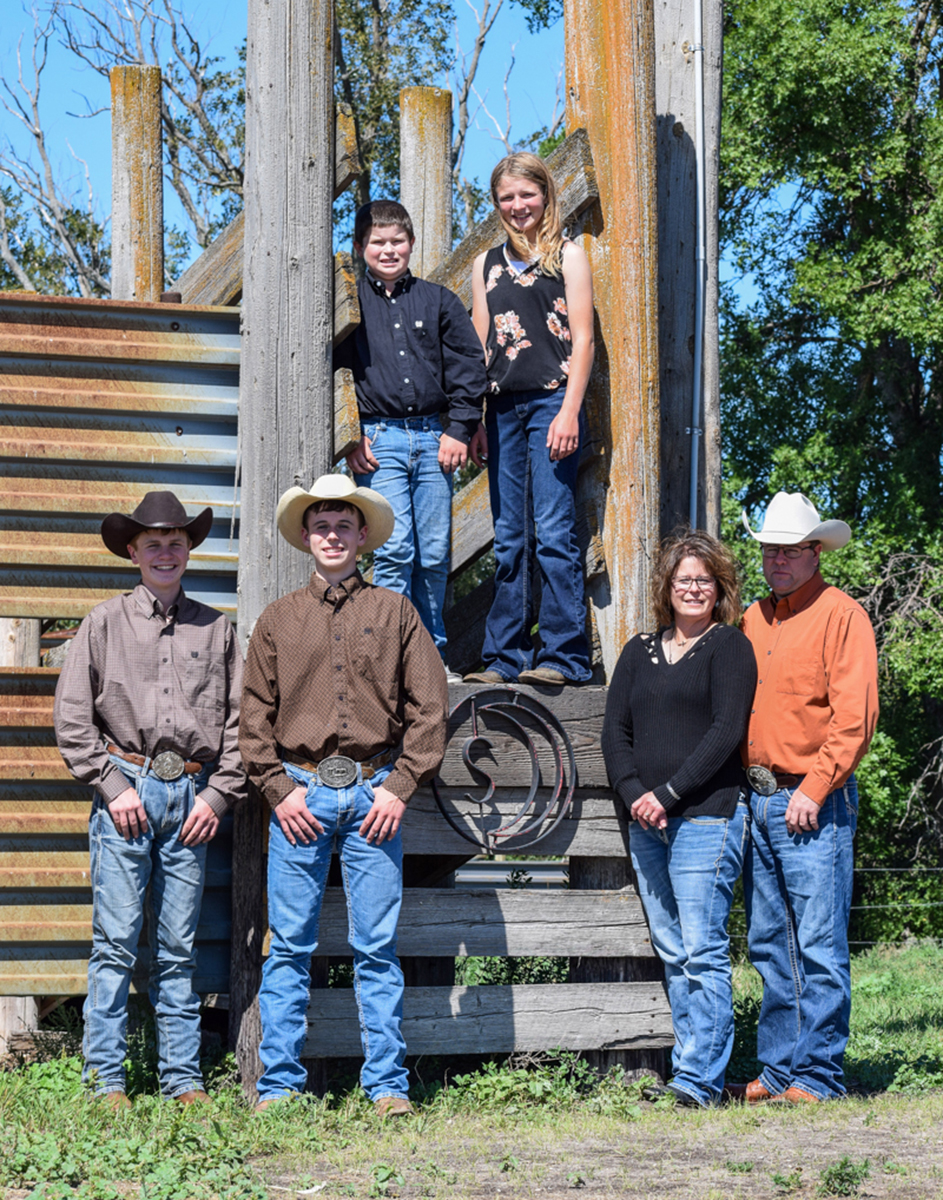 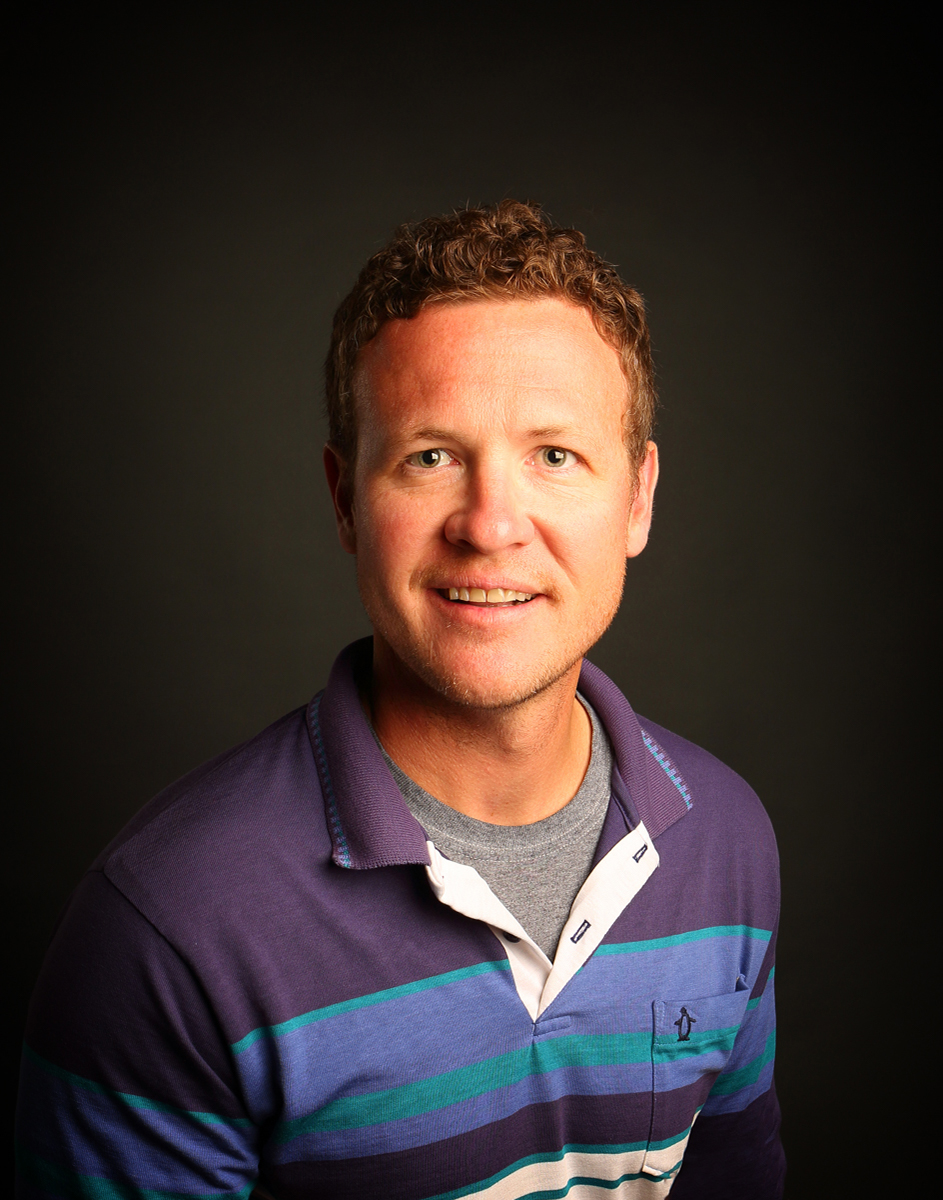 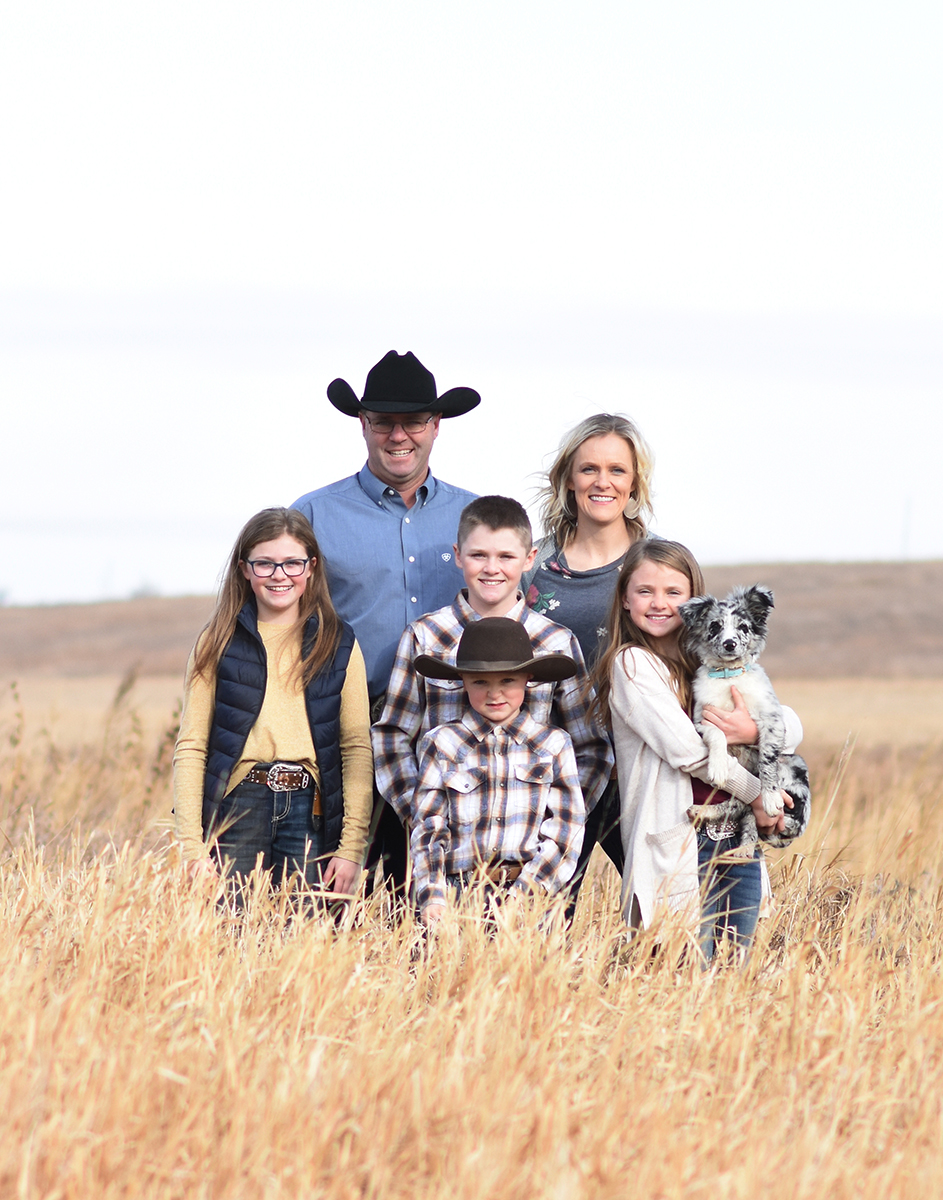 Stewards of the Prairie

The partnership began in 2017 when Justin reached out to Ducks Unlimited after learning they had cost-sharing programs for ranchers.

Justin’s not new to collaborating with conservationists. He’s worked with Natural Resource Conservation Service to re-build several fences on his property through the Environmental Quality Incentives Program. The programs have been a tremendous benefit, he says. Especially early on in his career when he couldn’t afford to do it out of pocket.

When he began working with Ducks Unlimited, Justin was grazing residue with a single electric wire fence.

“When it would snow and the cows were not done grazing, but done with the stuff they really liked, I would have trouble keeping them in,” he says. “They’d also absolutely take every bit of grass on the adjacent pasture to get to water.”

The pasture surrounding the cropland was rented, so he, the landowner and Gue sat down at a kitchen table and came to a solution. In the end, Ducks Unlimited cost-shared the fence to separate the cropland and pasture as well as water tanks for grazing both. 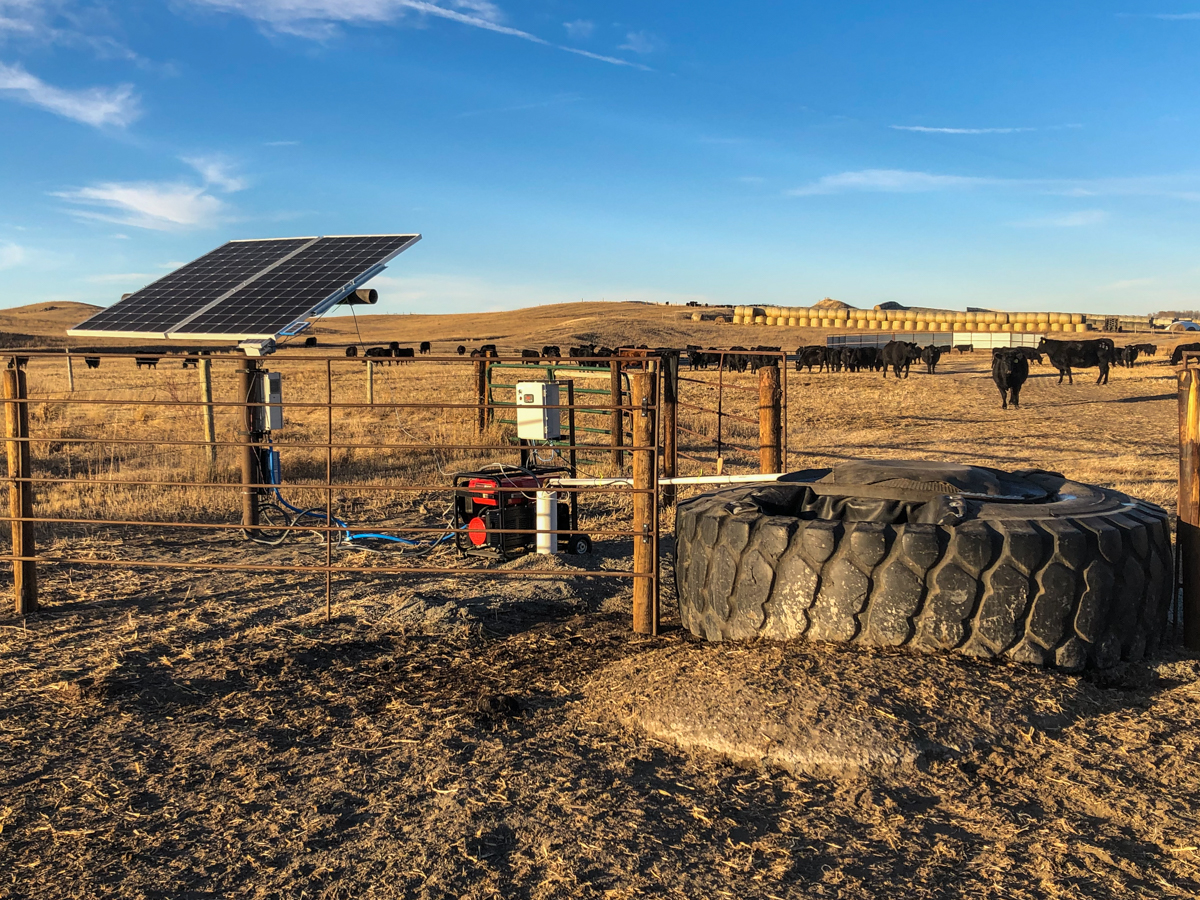 “With the drought, we got eight days out of that field with 150 yearling heifers that would’ve normally lasted us three to four weeks,” Justin says. “If we didn’t have that good fence, I would have been hesitant even to try to make them eat what was there. Those eight days got us eight days further into an epic drought. The advantages are immediate, but also long-term just because of the versatility it has allowed us when things aren’t perfect in the environment.”

“If there’s a program available and that funding appropriated to the rancher, why not do it?” he says. “If it truly is a benefit, if you need the fence anyway and they’ll cost share it, you should put it up.”

Nathan began working with Ducks Unlimited on a project in 2019.

“We worked with them to put in two different solar well systems to allow us to have water access on cropland to keep cows off of adjacent pastureland that had water on it,” he says.

That added security knowing he could rest his native pastures and graze the crop fields.

All in all, Ducks Unlimited cost-shared the well drilling, the pump, solar panels and fencing.

“By starting in our rye, we essentially hit our native grass about a month later than normal,” Nathan says. “It allowed us just to rest our grasses way more than what we typically would and allow them to be that much more rested in the drought.”

He says they’re just trying to be sustainable and maximize profitability at the same time. To find the nexus of what is best for their land, but to get the most out of it.

“We think just being open-minded to change and evaluating what can we change to make everything we do hopefully run better,” Nathan says. “What could really allow you to enhance the environment, your total profitability and to make you more sustainable? Because ultimately, if those two things can go hand in hand, it should be a win, a success for everyone.”

Justin says from the perspective of improving grass, his and Ducks Unlimited’s missions are similar.

“The improvement to rangeland helps us both,” he says. “It isn’t purely financial other than if we want to do this for our way of life or want our next generation to do it – then it becomes financial, but also sustainable in that we’ve improved infrastructure, pasture and cropland.”

Ducks and cattle may seem an unusual combination, but when it comes to grassland management, turns out they’re a perfect pair.

Getting Cattlemen Credit for Conservation

Striking a new narrative that highlights the benefits of cattle production requires direct investment in the environmental effect of the Certified Angus Beef ® brand supply chain. Part of the brand’s overall sustainability strategy includes a collaboration with Ducks Unlimited on a three-year project in the Northern Great Plains. The partnership demonstrates a commitment to improving the environment through programming focused on preserving working grasslands, soil health, biodiversity, clean water resources and carbon sequestration.

“One of the byproducts of high-quality beef production is thriving ecosystems,” says Nicole Erceg, Certified Angus Beef director of communications. “We’re working to showcase the benefits of sustainable ranching.”

It’s why keeping cattle on the land is a shared priority.

The brand’s area of expertise is beef quality. Erceg says by collaborating with Ducks Unlimited, the brand is able to access environmental science professionals to benefit ranchers, preserve working grasslands and gather data to support a narrative where raising beef is part of a healthy planet.

“On a cattle operation, you have vets, nutritionists, risk managers, bankers and tax accountants,” she says. “Why not have somebody who can help you navigate soil health, biodiversity, carbon credits or other conservation opportunities?”

Gascoigne says Certified Angus Beef’s expertise is their experience driving value back to the ranch.

“I recognize that fundamentally, these ranches are not sustainable if they’re not financially sustainable,” he says. “That’s what’s so powerful about this partnership, to have a diversity within the sustainability views of economics, environmental, social and cultural.”

The organizations’ shared value of sustaining working grasslands requires maintaining family ranches. A unique partnership for a unique time, meeting the calls of the consumer without sacrificing the family ranch.

This story by Abbie Lankitus originally ran in the Angus Journal. 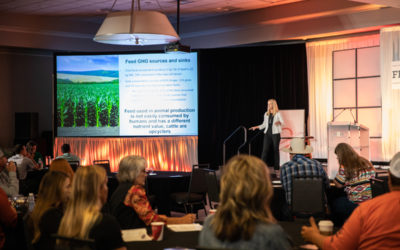 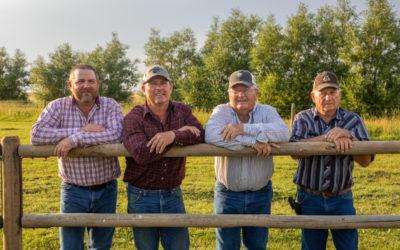