Genetics and marbling in beef

Marbling drives value-based beef marketing. How to infuse enough of this quality-grade potential into herd genetics – or even how much is enough – has remained something of a mystery.

That’s partly because of the wide range of research results and advice, along with a segmented supply chain and erratic market signals.

Producers selecting for quality may already know marbling is “moderately to highly heritable,” averaging near 45%. Heritability is the part of the variance in an observed trait after allowing for environmental factors.

Looking at the upward trend in marbling expected progeny differences (EPDs), it’s clear genetic selection is effective. But one advisor says back away from marbling selection because you have plenty, while another says you should maximize it while avoiding single-trait selection.

Until now there was no comprehensive review of research into the genetics of marbling, but Texas A&M geneticist Andy Herring recently completed the white paper, “Genetic aspects of marbling in beef carcasses.” The literature review encompasses 52 studies spanning several decades. 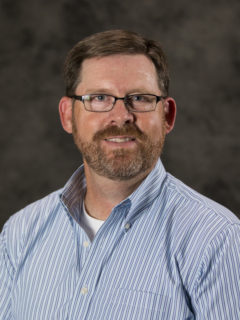 Among those were comparisons of high- and low-marbling-EPD registered Angus bulls bred to composite cows at the USDA Meat Animal Research Center. The top bull EPDs were +.33 and the low bulls were -.35 in the 1995 Angus Sire Summary, but fat thickness EPD was similar for all. Progeny were fed and harvested in two groups 60 days apart.

Calves from high-marbling bulls averaged 52% and 96% Choice, compared to 17% and 78% Choice for the progeny of low-marbling EPD bulls, while Yield Grades did not vary significantly. Further analysis suggested the higher marbling progeny also may have a faster rate of marbling deposition.

Despite the diverse results, research demonstrated selection can increase marbling ability without increasing external fat or causing detrimental effects on other feedlot or ranch traits.

Although the marbling heritability average estimate is .45, the reports range from .12 (barely worth the selection effort) to .88, or 88% effective selection. The amount of genetic variation itself varies, and the relationship of marbling to other traits is probably not constant across all breeds, Herring says (see Table).

The variability in external fat appears to be larger on average than that for marbling with heritability estimates from .02 to .86 across several studies.

“Fat thickness is thought of as the result of feeding management, but there are significant genetic differences when cattle are subjected to the same environment,” Herring says.

Phenotypic correlation estimates between marbling and fat thickness have ranged from slightly negative to moderately positive.

“That means fat thickness phenotype alone may only describe 0.64% to 9% of the variation in marbling,” he explains. Ironically, most cattle are marketed on quality grids based on estimated back-fat thickness.

Marbling-related research varies in methodology of carcass end-point constant, from age to weight to fat-thickness basis. Most genetic research uses an age-constant basis, while nutritional studies favor a fat constant one. Herring calls for more research looking at both in the same trial, “especially as age verification programs become more popular.”

He says the industry needs to find better ways to evaluate and incorporate herd and calf genetic and management factors when evaluating marbling ability and other carcass traits.

“Several reports document the influence of animal age at harvest, age of dam, effects of creep feeding, individual year-effects, and other traits that may be viewed today as ‘nuisance’ variables,” Herring says. “They are generally not known on most feedlot cattle, yet variation in these types of effects could mask genetic differences if not documented.”

Feeders who must make the most of unknown genetics have little chance at efficiency, he points out. “Cattle of differing genetics are fed and managed the same because their potential is ineffectively projected based on appearances or stereotypes,” Herring says.

“The main point about cattle that grade Prime is that they have the genetic ability to marble, and it is not because they are fat,” he says, noting results of three National Beef Quality Audits.

“Within beef production systems, we must always consider the relationships between cowherd and end-product traits,” he concludes.

For detailed tables and bibliographies of the original studies, see Herring’s white paper at http://www.cabpartners.com/news/research/index.php.